Year of the Sphingidae- MAVs

I’ve mentioned in previous blog posts that Sphingidae are well known for their very fast, very agile flight as well as their ability to hover. Those are great for avoiding predators and zipping from flower to flower to get nectar. It’s also very interesting to us professional and amateur entomologists who love to observe hawkmoths feeding on plants. 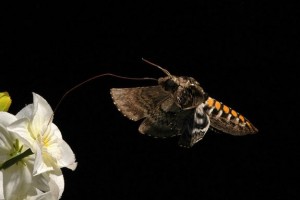 But did you know that their flight dynamics are of interest to engineers and scientists working in the field of aeronautics? These researchers study the flight characteristics as well as the wing structure of hawkmoths (and several other insects such as bees, flies, and dragonflies) to develop tiny devices called micro-aerial vehicles (MAVs). The design MAVs often combines the expertise of teams of evolutionary biologists, entomologists, engineers and computer scientists. When insects are the inspiration for MAVs they are sometimes called “entomopters” (which is definitely my favorite new word). 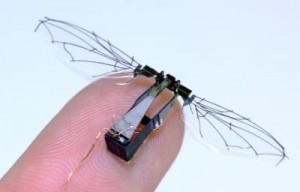 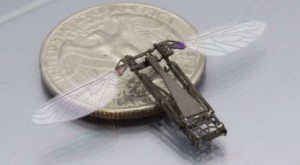 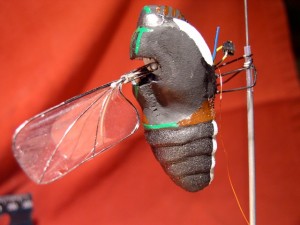 MAVS can be used to remotely observe areas that may be hazardous for humans to enter, such as in search and rescue missions, environmental monitoring, aerial photography and surveillance.

The use of hawkmoth wings as models for MAVs is an example of biomimicry – which is the imitation of natural systems, elements or organisms to solve complex human problems.

Examples of biomimicry can be found across diverse fields as surfaces that imitate shark skin, nanotubes that inspired by viral structure, adhesives based on sticky gecko feet, display technology that mimics the structural color of morpho butterfly wings, spider silk as the inspiration for bullet-proof fabrics and on and on and on.