Year of the Sphingidae – Diurnal Moths

One common misconception about moths vs. butterflies is that moths are nocturnal (active at night) and butterflies are diurnal (active during the day). While this is true in the vast majority of cases, there are a few diurnal moths, some of which are members of the Sphingidae. Today, I’ll introduce you to a few day-flying members of the family.

In the US, we’ve got the genus Hemaris, commonly called clearwings or hummingbird moths. In addition to being diurnal, members of this genus are mimics of hummingbirds and bumblebees – which I’ll cover in a subsequent post. They were also the subject of part of my dissertation research, and so are some of my absolute favorites 🙂 There are 4 species of Hemaris in the United states and 24 found around the world. 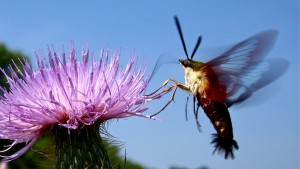 Another North American diurnal hawkmoth is Amphion floridensis, the Nessus sphinx. This species occurs primarily in the eastern US, but can be found as far south as Mexico. 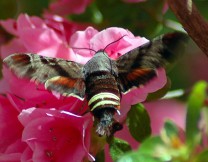 Macroglossum is a Eurasian diurnal genus. Like Hemaris, they are often called hummingbird moths or bee moths. 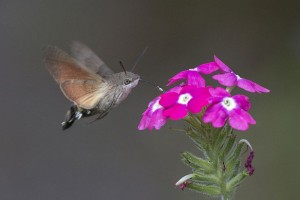 Cephonodes is a genus found in Africa, Southeast Asia and Australia. They look remarkably similar to Hemaris.

Many moths species straddle the line between diurnal and nocturnal. Species that fly at dusk are referred to as crepuscular. One example is the always lovely Hyles lineata which is found all over the U.S. 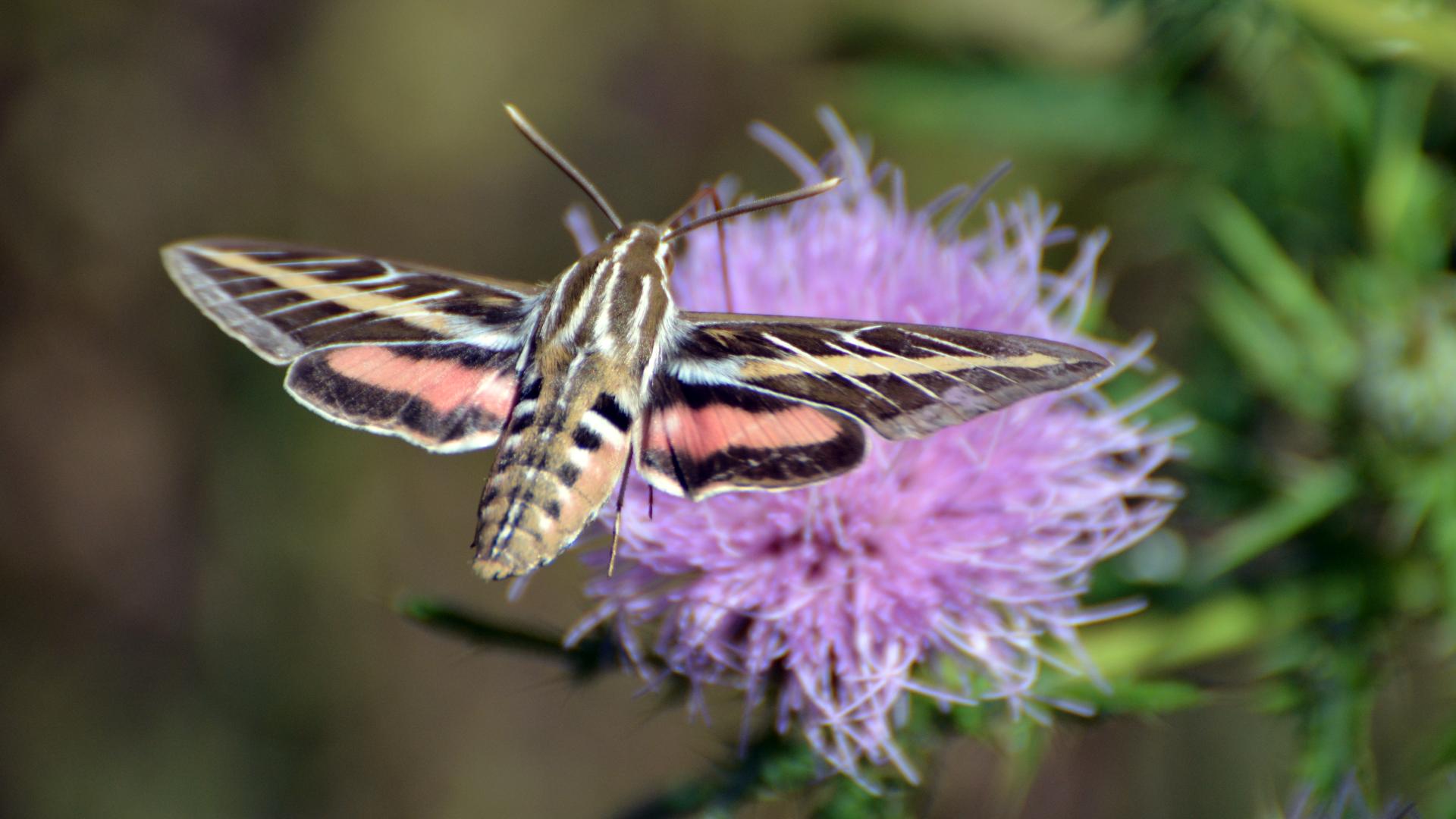 Many of these diurnal moths play an important role as pollinators. But why have they “chosen” this diurnal lifestyle over the more common nocturnal one? It’s tough to say why any species takes one evolutionary pathway over another. One explanation could be that there are more abundant floral resources during the day so the abundance of food may have been a driver for their shift to a diurnal lifestyle.