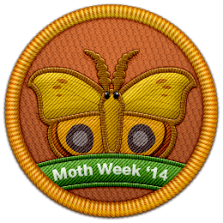 For a Google spreadsheet including the raw data, as well as continent and country totals and a list of the species observed for whole continents, please visit this link: https://goo.gl/PmgLwF

Below, you can view an interactive Google map with all spottings plotted according to their latitude-longitude coordinates.

Below are some highlights of National Moth Week 2014 from around the world. Project Noah users observed some absolutely beautiful moths, including some from the Sphingidae family—our spotlight family this year!

Project Noah users in South America shared some absolutely beautiful tropical specialties, such as the Eumorpha labruscae and the Dyspteris deminutaria below. The gorgeous Eumorpha labruscae from the Sphingidae family is a wonderful segue into this year’s National Moth Week celebrations.

Project Noah users in Europe posted from a wide array of countries, with the highest participation in United Kingdom, Spain, and Serbia. The Sphingidae family was also well-represented in Europe by the striking pink and gold Deilephila porcellus! 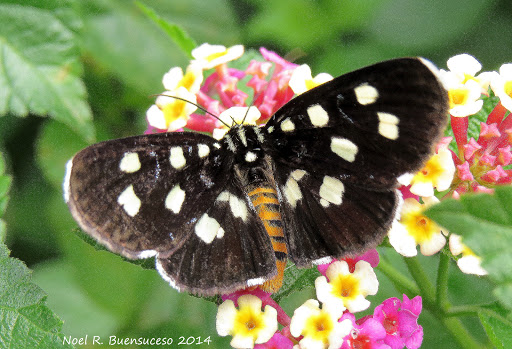 Two of the four countries submitting spottings to Project Noah for National Moth Week in 2014 were new additions! We were excited to welcome their participation. South Africa was the highest performing country in the continent, despite the winter season in the Southern Hemisphere.

Australia also saw some beautiful moths, such as the Argina astraea seen below. Much like Africa, the continent saw relatively high participation considering the winter season!

North America saw the highest participation, with users from the United States of America submitting 1386 spottings—39 more than ALL spottings submitted during 2013!

We thoroughly enjoyed all of the Project Noah spottings from every country for National Moth Week 2014, and we hope to see even more countries participating this year, as well as a surge in participation for countries who have previously celebrated with us. Our next milestone goal is 3,000 spottings—a goal we can perhaps attain this year!

A reminder: National Moth Week 2015 is just around the corner! Registration is available here.