National Moth Week Moth Information The Year of the Hawkmoth

The Year of the Hawkmoth

As you’re probably aware if you are following NMW news, we’ve designated 2015 as the year of the Hawkmoth, so over the next few weeks we’ll feature some blog posts on them.

There are about 1400 species of Sphingidae, which can be found all over the world. Hawkmoth is one common name for moths in the family Sphingidae. The other common names for sphingids are Sphinx moths and hornworms.

First we’ll find out how they got their common names.

“Sphinx moth” likely comes from the way the caterpillars tend to sit when at rest: 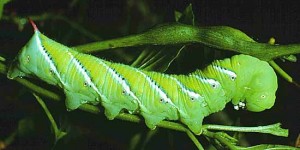 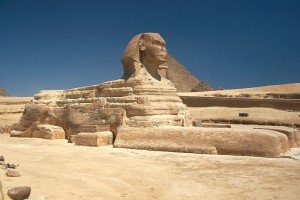 The name “hawkmoth” is generally thought to have been given to the Sphingidae due to their extremely fast flight speeds. They have narrow wings and streamlined bodies to aid in this fast flight. There is some debate over exactly what speed hawkmoths top out at, but it may be as fast as 35-40 mph! Sphingidae can also hover, and are capable of fast turns and mid-air acrobatics (thought to be predator-evasion tactics). 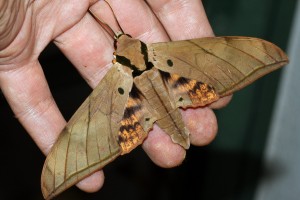 Finally, it’s easy to see how Sphingidae earned the nickname “hornworm”. In many species the caterpillars possess a spike on the posterior end of the abdomen. It isn’t clear what the function of the horn is but it may serve as a predator deterrent. One thing is for sure, though is that that the horn is NOT a stinger.