Introducing a new website – Moths of Belize by Ian Morton

“a photographic record and field guide to the moths of Southern Belize”. 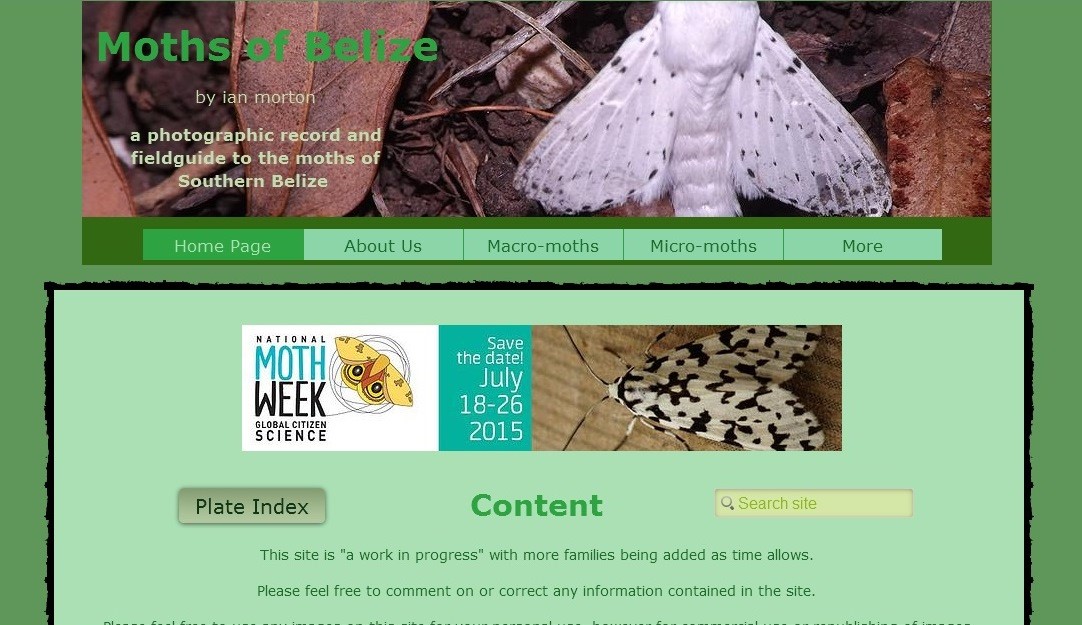 Well, if you are interested in wildlife then this could be paradise! We live just a mile and half from the sleepy town of Punta Gorda in the jungle of Southern Belize, and have an ongoing fascination with the flora and fauna that surrounds us — including toucans, Howler Monkeys, tapir, and a huge variety of insects.

We have had a bug board for many years, attracting insects and their predators for us and our guests to observe and photograph. In 2013, having chanced across the National Moth Week website, we decided to invite friends for a ‘moth evening’ and catalogue the moths we saw. Although we recorded very few moths (about 40 species) it was a sufficiently interesting and fun evening to convince us to hold a week-long series of events for NMW 2014.

What a contrast! We were blown away that we recorded 521 species of moths in the eight nights of National Moth Week 2014, but also shocked and frustrated that we were unable to identify many of those species.

We have continued to photograph the moths coming to our bug board every night, and the collection of images and species has now grown to such an extent that we needed a platform to display them. We wanted to make the picture record easily accessible to anyone who was interested but, more importantly, to continue to identify different species through our own efforts and, significantly, the generosity of others helping with IDs and corrections.

In creating our photographic record of the moths at Hickatee, we have tried to place each moth in the correct Family and subfamily. The Plate index also provides an image typical of that subfamily, as an aid to identifying unknown species.

We have followed the typical division of families into “macro” and “micro” Lepidoptera. 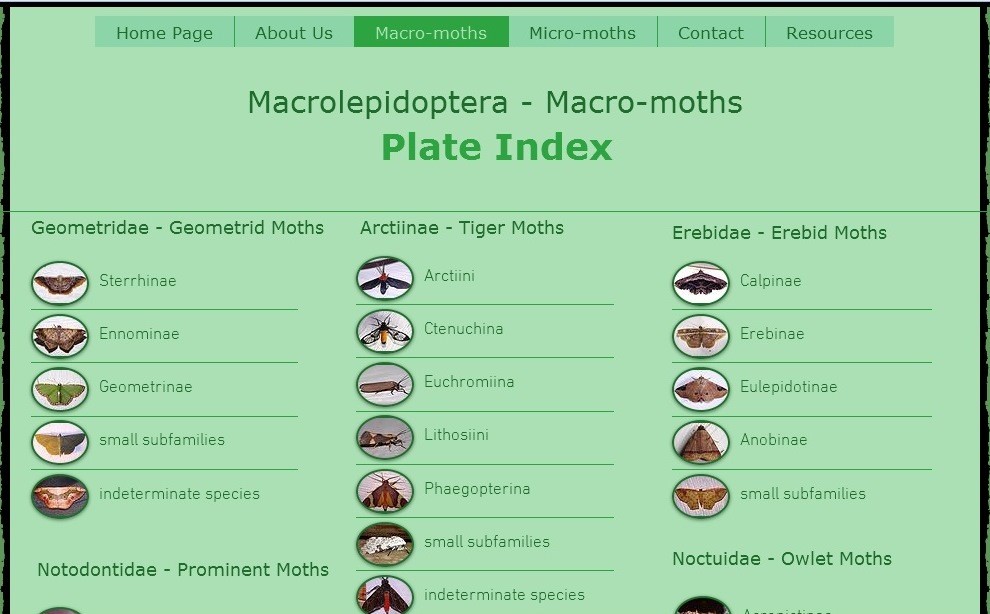 Identification of these moths has been our biggest problem as we have been unable to find more than a few resources about tropical Central American moths.

Matthew Barnes’ site www.mbarnes.force9.co.uk/belizemoths/belizehome.htm and the Moth Photographers Group site www.mothphotographersgroup.msstate.edu/ have been invaluable. But, still, the placement of individual species within a subfamily is, in many cases, little more than a guess with the only benefit of the placement being that similar moths with similar markings, shape and posture are grouped together.

If you see any image that is in the wrong place, if you can identify a moth or its family then please let me know by email at ian@hickatee.com or message on the website. 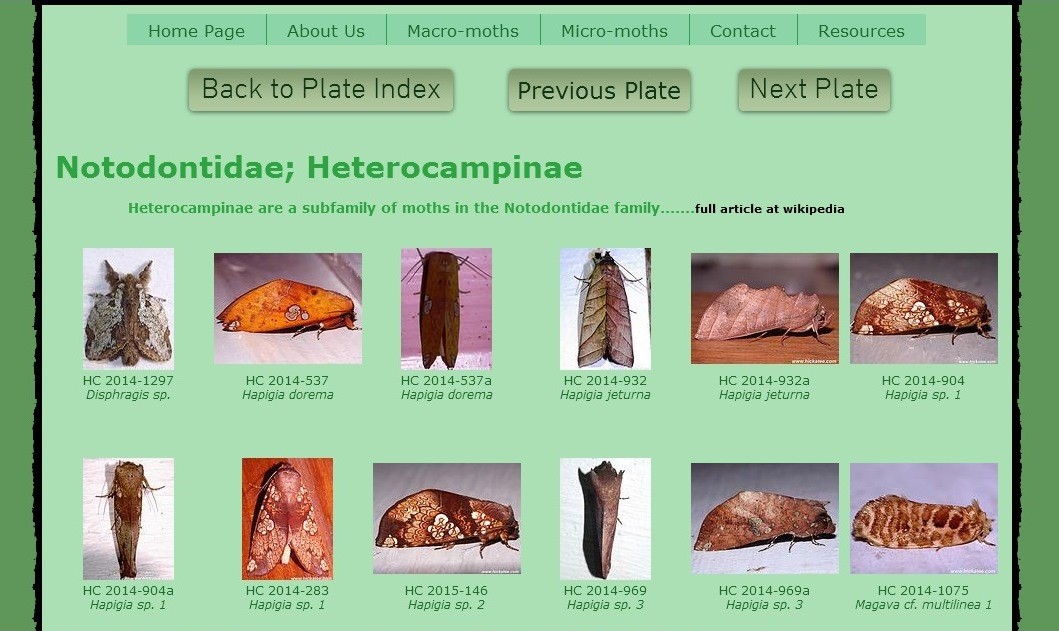 We currently have images of nearly 2,000 species of moths and usually add at least one new species per day to our records. Whilst most of the macro moth pictures are now uploaded to the website, the micro moth images will be something of a ‘work in progress’ over the next couple of months.

With the increased interest in moths in Southern Belize we are expecting a very exciting and productive National Moth Week 2015. If you have not already organized your own event, I would urge you to DO IT NOW– it really is worth the effort. But, do be careful – you may find yourself becoming hooked!