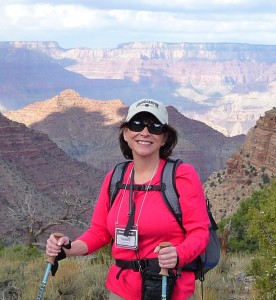 As NMW expands, we’re adding a new member to our team – welcome Sandy!

Sandra Lanman has worked as a writer and communicator since the 1970s. A New York City native, she began her career as a print journalist with The Home News in New Brunswick, where she won awards for opinion and creative writing, and for reporting on health and medical issues. Sandy moved into public relations in the late 1980s, working successively in the arts, public broadcasting and higher education. She helped Crossroads Theatre Company of New Brunswick achieve national and international visibility, served as director of communications for New Jersey Network, and handled high-profile projects for Rutgers University as director of media relations, including the visit of the Dalai Lama in 2005. She has won more than a dozen state and national awards for her writing, reporting, and public relations campaigns.  In East Brunswick, Sandy led the successful community-wide effort to establish school-age childcare, was an original member of the East Brunswick Education Foundation, and produced and hosted EB People on EBTV. Sandy is president of Lanman Communications LLC and volunteers her services with the Friends of EBEC. She also is board secretary for Elijah’s Promise in New Brunswick. She holds a bachelor’s degree in English from Douglass College and master’s in communication and information studies from the School of Communication and Information at Rutgers. Sandy has hiked many national parks and loves photographing butterflies and moths.  She is delighted to contribute to this important citizen science project.