A lifetime resident of Louisiana, born 1949, (Vernon) I began my interest in insects as a very young child. My activities became more scientific around 1968 and I began light trapping during 1969, and have continued to run numerous types of insect traps including a series of five to seven or more high-wattage light traps continuously 365-366 nights each year since that time to the present (43 consecutive years), regardless of weather conditions. Charlotte also is a lifetime resident of Louisiana.

We published in 2 parts (1997 and 2002), a 30 year study of the Sphingidae of Louisiana, which also resulted in the discovery of a new sphingid species, Lapara phaeobrachycerous Brou. Our biggest investigation involved the Sphingidae of Louisiana, covered the years (1970-1999) in which we reported capturing 83,889 Sphingidae specimens representing 46 species within the state of Louisiana. We have published 250 entomological articles/investigations over 43 years. Our research and interest is confined to the state of Louisiana and trips are made across the state to sample different habitats. Charlotte D. Brou has been my assistant and companion over 37 years of these daily entomological endeavors, and one new species, Catocala charlottaeBrou was named in her honor. Well over 400 various specialized insect traps, and associated collecting devices were designed, constructed, tested and operated, including: flight traps, bait traps, pitfall traps, and pheromone traps.  80-130+  traps of various types operated daily/nightly during most years.

We have concentrated on moths, and have collected hundreds of millions of moth specimens alone, and certainly billions of insects of all orders, processing hundreds of thousands of Louisiana insects for distribution to researchers and museums throughout the world.  We have discovered several hundred new undescribed moth species in Louisiana.  At this point, we have officially donated in excess of 343,238 Louisiana insects to museums in the United States alone. Our specimens can be found in these museums: Louisiana State Arthropod Museum, Florida State Collection of Arthropods, American Museum of Natural History, United States National Museum, Los Angeles County Museum, McGuire Center for Lepidoptera and Biodiversity, Carnegie Museum, Prague Museum, Canadian National Collection, The Natural History Museum-London.  We have also provided additional hundreds of thousands of Louisiana insects to scientific collectors and researchers and to other museums throughout the world. Our current personal scientific research collection of Louisiana insects contains an additional 350,000 specimens (primarily lepidoptera, and some coleoptera). 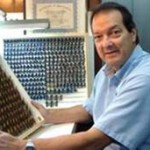 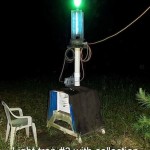 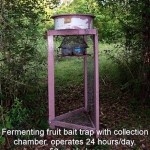 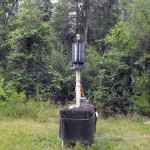 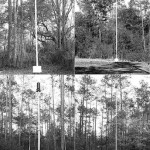 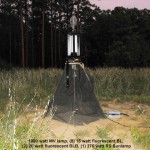 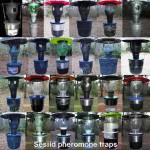