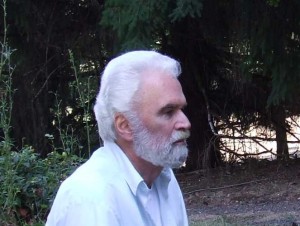 Phil Huntley-Franck is hosting a National Moth Week event in Douglas, Oregon.  Phil retired from a career in computers as a Lead Analyst / Project leader in 1991  then wrote several novels. His wife, Vi, is a published writer and artist. You can see her work at http://whereartmeetstheheart.com/, the website that Phil built for her. Phil’s art and writing are also included on  the site.

In late 2007, Phil bought his first digital camera, a Fuji S5200 point and shoot, to take photos of his wife’s paintings for their website. One day, Phil photographed a common house fly on a cherry leaf and discovered that his camera had some fairly good macro capabilities. Afterward, he started photographing dragonflies, then butterflies, then bees, then every bug he could find in the yard. Such was the birth of his Bugtography™ site.

Since 2008, Phil has posted 2,585 images of various moths, bugs and insects, on BugGuide, all photographed in his yard. He has contributed 289 ‘first’ species IDs for Oregon, many of them moths. He has also photographed 33 insects that have resulted in the addition of a BugGuide species page.  Hooked on Bugtography, in early 2009, Phil upgraded to a Nikon D90 and a 105mm VR micro lens. 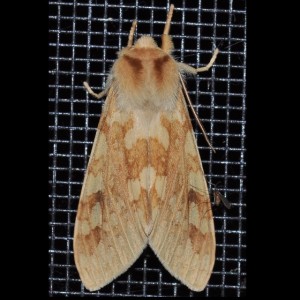 Phil’s moth interest began in 2009, when Bob Patterson asked to use some of his moth images at the Moth Photographers Group.  Phil has since maintained a moth image gallery on his website. Though Phil photographs every unique moth he finds, he feels drawn to ones with pretty patterns and colors or unusual shapes, regardless of size.  If forced to choose his favorite, he’d pick Lophocampa maculata, the spotted tussock  moth. Since last year, Phil has raised spotted tussock moths and kept a daily photo log, documenting the moths’ life cycle from eggs through pupation. He has also uploaded his observations and photos to BugGuide. 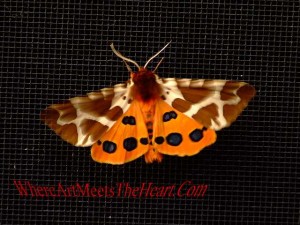 As a break from all the insect photography, Phil also observes and documents flock dynamics and individual behaviors of the Rio Grande Wild Turkey (Meleagris gallopavo intermedia).  Phil and Vi’s property is home to a flock that’s gone through quite a few generations in the 21 years that they have lived on the property.  The flock currently numbers 20 with 3 toms, 10 yearling jakes, 5 two-year-old hens and two yearling jennies. 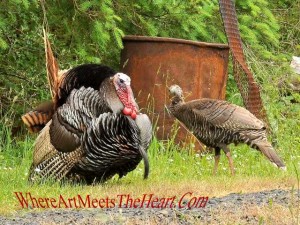 Phil began documenting the flock when Chester, the flock’s dominant tom, was injured in 2009. You can read about Chester, Keeper of the Flock, here.