Twelve enthusiastic moth-ers spent the first official weekend of National Moth Week 2018 at the Karnala Bird Sanctuary just outside of Mumbai for an overnight camp devoted to observing moths in a region known for its profusion of exotic species. 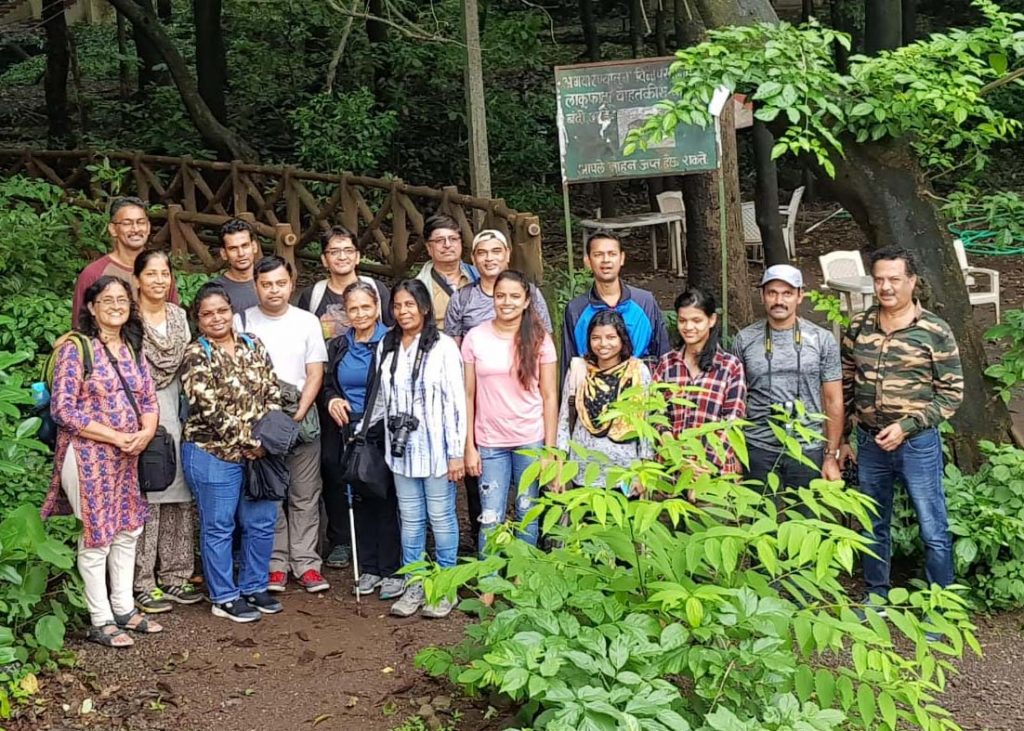 The participants couldn’t have had a better leader — moth expert and author Dr. V. Shubhalaxmi, who has been dubbed the “Moth Lady of India.”

Known as Shubha, she is one of India’s most enthusiastic and knowledgeable experts on moths. She also is the newest member of National Moth Week’s Science Advisory Board. She is the author of the recently published Field Guide to Indian Moths, which took 10 years to research and write. She holds a Ph.D. in Zoology , has studied and worked with the Bombay Natural History Society (BNHS) and won a Hubert Humphrey Fellowship to study conservation education at Boston University in 2009. 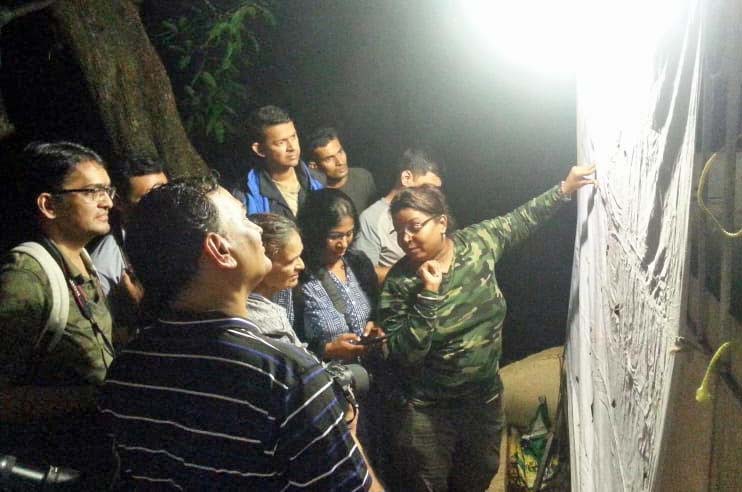 Shubha’s interest in moths was sparked by a mentor who suggested she research Hawkmoths and Emperor Moths for her master’s thesis. “And I just went with it,” she said. Her research continued through her doctoral studies and soon evolved into a lifelong vocation.

On her Facebook page, she is “Ecopreneur Shubha,” founder of Birdwing Publishers, founder and managing trustee of iNaturewatch Foundation and CEO/founder of Ladybird Environmental Consulting.

Shubha acquired her nickname during her doctoral studies at BNHS, a premier wildlife organization in India, where she also earned her master’s degree. She would spend long weekends at the BNHS Nature Reserve in Mumbai setting up light sheets to attract moths, while also attracting the attention of her colleagues. “I was the only one studying moths at BNHS, so one of the members nicknamed me ‘Mothlady’,” she said.  “I like it; it goes well with another nickname – bug lady.” 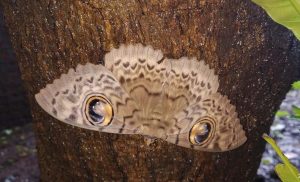 Shubha’s contributions to mothing in India are significant. She was the first to establish mothing as an outreach activity in 2000 when she introduced a hobby course on entomology at BNHS.

“Since then, I have been conducting mothing camps, generating interest among many people,” she said. “National Moth Week happens to be a good occasion.”

India has consistently had the second largest number of registered events after the U.S.

What accounts for National Moth Week’s success in India and around the world?

“The citizen science component is the “unique selling point” of this event,” she says. “The ease of participating is also the reason why so many countries have participated.”

Shubha is passionate about the importance and enjoyment of studying moths.

“In India, three topics rule the conservation world: big mammals, birds and then butterflies. If butterflies are acceptable so should be moths as their ecosystem services are 10 times the same services offered by butterflies,” she says.

She believes ignorance has fueled the apathy toward moths.

“I hope my book will fill this knowledge gap,” says Shubha. “Mothing is the best way to make people fall in love with moths. I have seen people getting addicted to mothing sessions; the light trap indeed ‘traps’ its students as well. “

Her recent mothing camp featured walks through the sanctuary and a night of mothing that saw 20 species of moths from eight families land on the lighted sheets.

“I have many such people who got converted after mothing with me,” she says. “Everybody felt that the drama on the light sheet is incomparable to any wildlife study experience.”