LEPIDOPTERA OF MEXICO, BUTTERFLIES AND MOTHS

Lepidoptera are one of the most diverse orders of insects in the world, with approximately 155,000 species of which 9% are in Mexico! It is surprising that of those 14,507 species described, only 12% are butterflies, one of the best known, beautiful and charismatic groups in popular culture, even in a scientific aspect; But what about the remaining 88%? It consists of moths, which despite having the highest percentage of species richness remains a “despicable” group, with a bad reputation and an insufficiently studied taxonomy except in agronomic and clinical aspects. 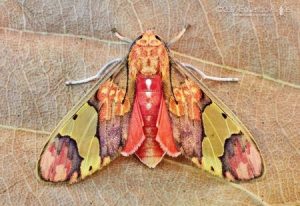 PhD. Jorge L. León Cortés and PhD. Fernando Hernández-Baz outstanding specialists in the country for studies of Saturniidae, Sphingidae and Erebidae. In addition, at the Museo de Historia Natural in Mexico City is the collection ‘Roberto Müller’ one of the largest there is in terms of moth, under the responsibility of the Biol. Ma. Eugenia Díaz Batres.

In the last 5 years, in Mexico began a trend in the appreciation of nature through photography within Internet spaces; as are citizen science platforms or the creation of groups on Facebook.

It was November 25, 2013, when Juan Carlos García Morales created the group on Facebook “Mariposas de México, diurnas y nocturnas“; a space for feedback about information of lepidoptera; since among the enthusiastic members we have some national and international specialists; so that each day this group is building a collection of photo albums and documents of Lepidoptera that may be useful.

Over time, the group has tried to be dynamic, looking for learning alternatives for members and one of them is the National Moth Week, which this year is the second consecutive edition in which it participates with the event ‘Semana Nacional de la Polilla-México’, in which we try to instruct the members to know general aspects of the moths and their importance, through Facebook posts, illustrating them with photos and videos shared by the same members; besides uploading documents in the ‘files’ section of the group.

We hope to continue promoting observation, knowledge, dissemination and conservation of these enigmatic lepidoptera.

Remember, take your camera and look around, you might be surprised! look for in lamps of light, plants, garden trees, parks, forests, jungles or your own house! and let’s see some moths, larvae, pupae or eggs … So, take pictures and share!