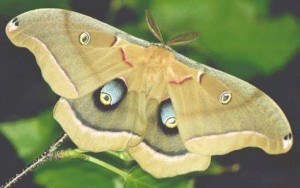 You may remember Bill Oehlke as a 2012 NMW supporter. Well, Bill has signed on again as a 2013 NMW supporter too!

Bill grew up in New Jersey (the birthplace of National Moth Week!) and became interested in moths and butterflies over sixty years ago via an introduction by his father, Don Oehlke. Bill’s mothing set-up consists of a 175-watt mercury vapor bulb mounted onto the chimney of his house to call in female Saturniidae (giant silk moths), Sphingidae (hawkmoths) and Catocala (underwing moths).

For the last fifteen years, Bill has been actively engaged in selling livestock of Saturniidae and Sphingidae and has developed several comprehensive, public websites about about the Sphingidae of the Americas and North American Catocala moths. He also runs a small public Saturniidae site.

Bill’s main interest is in the Saturniidae and he has been assembling a private membership website called World’s Largest Saturniidae Site where over 1500 different worldwide Saturniidae species are depicted. Here, he records ranges, flight times, wingspans, larval food plants, rearing hints, and keeps country checklists for most countries of the world along with over 10,000 images of Saturniidae moths.

He also has a private membership site called Caterpillars Too! covering butterflies and their larvae from Canada and the United States.