I’m Deb Lievens and I’m an amateur naturalist from New Hampshire who recently discovered moths.  So I’ve been studying and photographing moths in two locations in NH, one south and one north.    When I found out about National Moth Week, I knew I had to schedule some activities in NH.

I planned one public event to coincide with the Londonderry Conservation Commission meeting at our Town Hall, plenty of space and electricity.  I set up sheets and lights and immediately there were wind gusts followed by a torrential downpour.  Fortunately, I had planned a slide show and a number of visitors joined the Commissioners to learn about moths.  The rain stopped, but, unfortunately, the moths didn’t get the invitation and our evening ended early.  However, we did get one visitor that was new to my list for NH, Cydia latiferreana, the Filbertworm Moth.  One of its host foods is the oak acorn and the oak is a very common tree is southern NH.  Don’t know why I’ve never seen it before.  (A local reporter attended so we did get some excellent local coverage of NMW!!)

I planned another moth night at the Rey Center (a natural history center) in Waterville Valley in the White Mountain National Forest.  I was hoping for some totally different moths in a totally different habitat.  Alas, this event was cancelled before we even got started due to a massive storm cell.  The good news is I did have decent non-public sessions for both habitats that brought in a good sampling of seasonal moths.  Altogether I identified 87 species during NMW. I’m psyched for next year and will be keeping my fingers crossed for better weather. 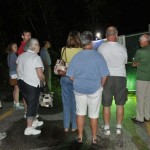 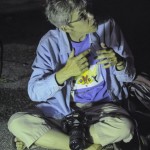 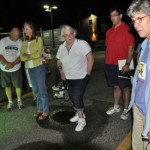