Guest Post: Oz Rittner about Moths and Mothing in Israel

Oz Rittner works at the Zoological Museum, Department of Zoology, Tel Aviv University, Tel Aviv, ISRAEL. He maintains the ‘Insect World of Israel’ website (www.nature-of-oz.com), as well as two other websites – www.argentinean-insects.com – Insects of Argentina, and a personal blog http://forgotten-lands.blogspot.com. 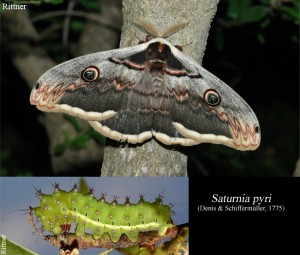 Saturnida pyri – Israel’s largest Lepidoptera species. In recent years there is a decline in population numbers and from some areas it was completely disappeared.

The moth fauna of Israel was not thoroughly studies until the 80’s when collaboration between researchers from Israel and Germany took place. However, it was focused only on Macrolepidoptera (mainly Noctuidae, Erebidae, Geometridae , Sphingidae, Saturnidae and Arctiidae) and so the majority of families remain unknown to us. Every time we place a light trap we see many species that we can’t identify and we 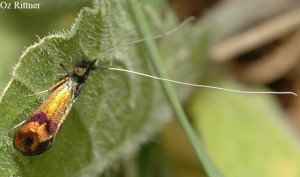 hope we will not have to wait too long for experts to take things in hand. The situation in the surrounding countries (Lebanon, Syria and Jordan) is not much better so the whole area at large still needs to be explored and studied.

The current knowledge on known species is not complete regarding full distribution range, biology, phenology and food plants and so each specimen we find in light traps is revealing more information. 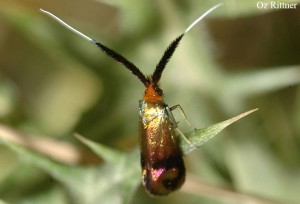 As in other places in the world, natural habitats in Israel are becoming smaller and scattered and since the study of local moth fauna is relatively new we can only wonder what species we already lost during the last half a century. Before the 1950’ the landscape of Israel was completely different from what it is today. Many sand dunes and marshes completely disappeared during the progress and agriculture took a huge amount of untouched habitats. The small size of Israel and the rapid building of

Perisomena caecigena – Israel’s second Saturniid moth which was discovered in Israel only very recently. Almost nothing is known about its distribution and it seems to be an endangered species

cities resulted in major loss of habitats. Still, we do enjoy a large amount of moth species.

Israel is located in an interesting junction between very different geographical zones. It is a meeting point between Asia, Africa and Europe and so the diversity is large. From the Negev desert in the south, through the Judean Mountains, thelong coastal plain and north to the Galillee and Golan heights the landscape changes dramatically and with it the soil, vegetation and weather. In a one hour drive (from West to East) we pass 4 completely different habitats, from one extreme to another. 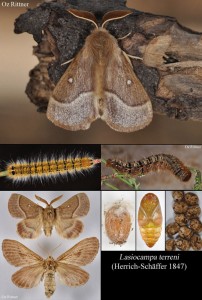 Lasiocampa terreni – Few species in the Lasiocampa genus are known in Israel. These are medium to large moths which are very common in the coastal plain of Israel. 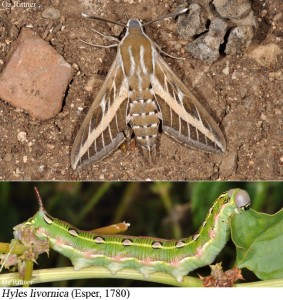 Hyles livornica – A migrant species that can be seen in its larval stage in unbelievable masses. 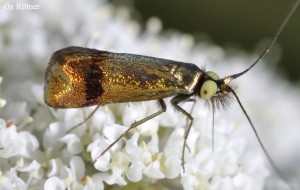 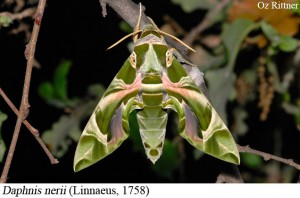 Daphnis nerii – A migratory species reaching to South Europe. In Israel it is fairly common. 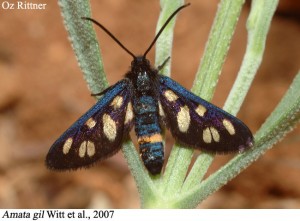 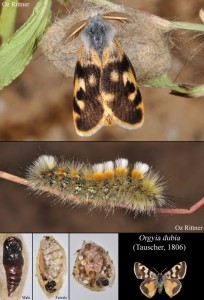 Orgyia dubia – One of the most common species in Israel although the adult are rarely seen. During the spring the larvae are everywhere in masses but the small adult male is quick to reach a female and therefore exposing itself only for a short time. The wingless female awaits the male inside its cocoon leaving the male no option but to break in. 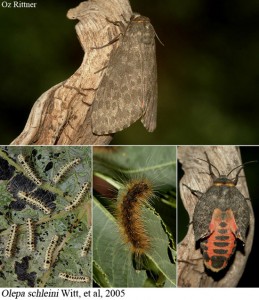 Olepa schleini – Another recently described species from Israel. Its sudden appearance in central Israel is puzzling. Although this species is believed to be the worm from Jonah’s biblical story it is hard to believe that it is a local species for many reasons. The true origin of this species could as well be somewhere in Asia.

1 thought on “Guest Post: Oz Rittner about Moths and Mothing in Israel”