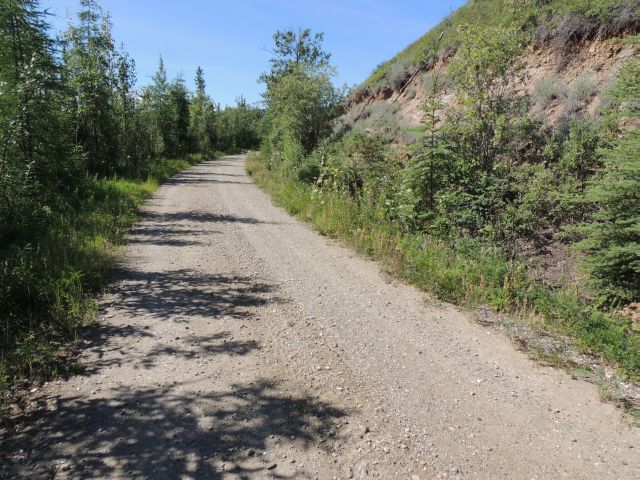 We had our NMW event, in the Bonanza Creek ExperimentalForest, which is a few miles west of Fairbanks. The collecting site was in the floodplain of the Tanana River, at the base of a bluff covered with a relict steppe habitat, and at the edge of a bog. Moths were few and far between–at ourlatitude there is no real darkness until mid-August or later, so we were essentially in twilight. We ran two mercury vapor lamps over sheets lying on the ground, and a small (8 watt fluorescent UV bulb) UV moth trap a few hundred yardsaway along the access road.
My total catch was around 20 specimens, and my companion (the US Forest Service person in charge of insects that damage trees in InteriorAlaska: Dr. James Kruse) had a similar number–so this wasn’t much to show for 3.5 hours of collecting. We got material from 6 (?) families of moths, and the first Fairbanks record for Drepana arcuata. I took  those photos of the UV trap and MV bulbs with a small digital camera that had an f 1.8 lens, and the ISO was 400. I just guessed that that camera was the only one I had that would show the surroundings in twilight without havingto use a long exposure on a tripod–and it worked. 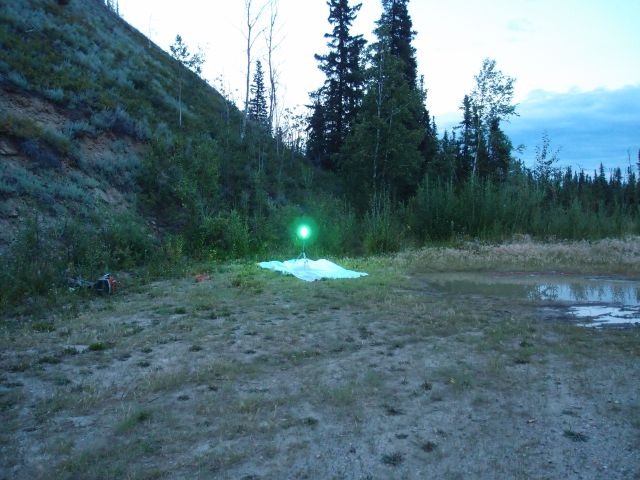 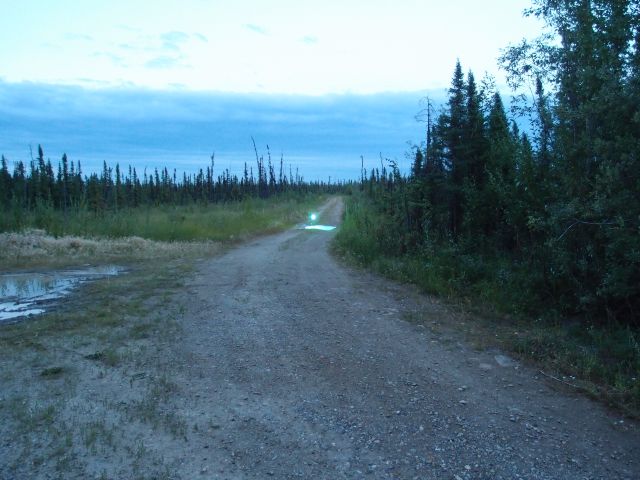 Jim Kruse’s other mercury vapor bulbs,out on the road across the bog (thanks to a rather long extension cord that Jim brought along). 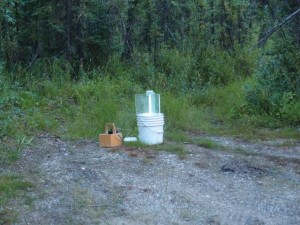 of the bluff in the Bonanza Creek Experimental Forest.

Remember that it was dark enough that at least some moths were flying… But no one would have called it night. The live close-up shot is Archieras infans, which I should note is a species that will probably never turn up at any NMW session. In the north it’s an early spring species, and even in California it does not seem to fly after early July. 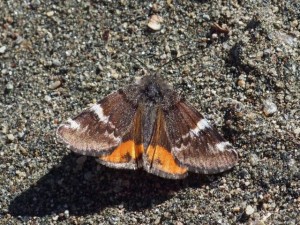