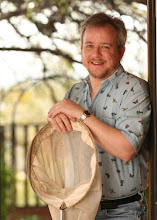 Eric R. Eaton is principal author of the Kaufman Field Guide to Insects of North America (Houghton Mifflin Company, 2007), and contributor to several other books including The Butterfly Gardener’s Guide (Brooklyn Botanic Garden, 2003) and Wild in the City:  a guide to Portland’s natural areas (Oregon Historical Society Press, 2000).  He has also written articles about insects and other animals for Birds and Blooms, Ranger Rick, Missouri Conservationist, Timeline (journal of the Ohio Historical Society), and other magazines.

Mr. Eaton studied entomology at Oregon State University, and has worked most recently as Assistant Butterfly Curator for “Butterfly Magic” at the Tucson Botanical Gardens.  He provided insect and spider identifications for an ongoing ecosystem project at the University of Massachusetts (Amherst) in 2009.

Previously, he worked at Cincinnati Zoo and Chase Studio, Inc., as well as on private contract for the Smithsonian Institution, Portland State University, and the West Virginia Department of Natural Resources.  He enjoys the respect of his network of professional colleagues, and has built a loyal following as a forum moderator for Spiders.us, and volunteer expert and consultant to WhatsThatBug.com, AllExperts.com (where he was one of the top 50 experts for the year 2009), and Bugguide.net.  His empathy for the squeamish and scared, knack for identification of mystery bugs, and his accurate, jargon-free explanations of insect biology have made him a leading figure in popular entomology.  He writes the blogs “Bug Eric” and “Sense of Misplaced.”