National Geographic recently published a small feature on Citizen Science on their website.

To quote: “Enlisting citizens isn’t new to science. As early as the 1700s European bird surveys included reports from backyard birders. Amateur astronomers, weather-watchers, and other hobbyists have also made contributions. What’s different today is the Internet, which has helped recruit hundreds of thousands of volunteers over the past decade.”

A University of Georgia professor, in collaboration with scientists at Syracuse University and the NSF, has created an internet matching game called HappyMoths to enable citizen scientists to aid in moth photo classification. The screenshot below shows the game interface.

If you’re a fan of moths and addicting internet games – and, really, who among us ISN’T – check out HappyMoths. 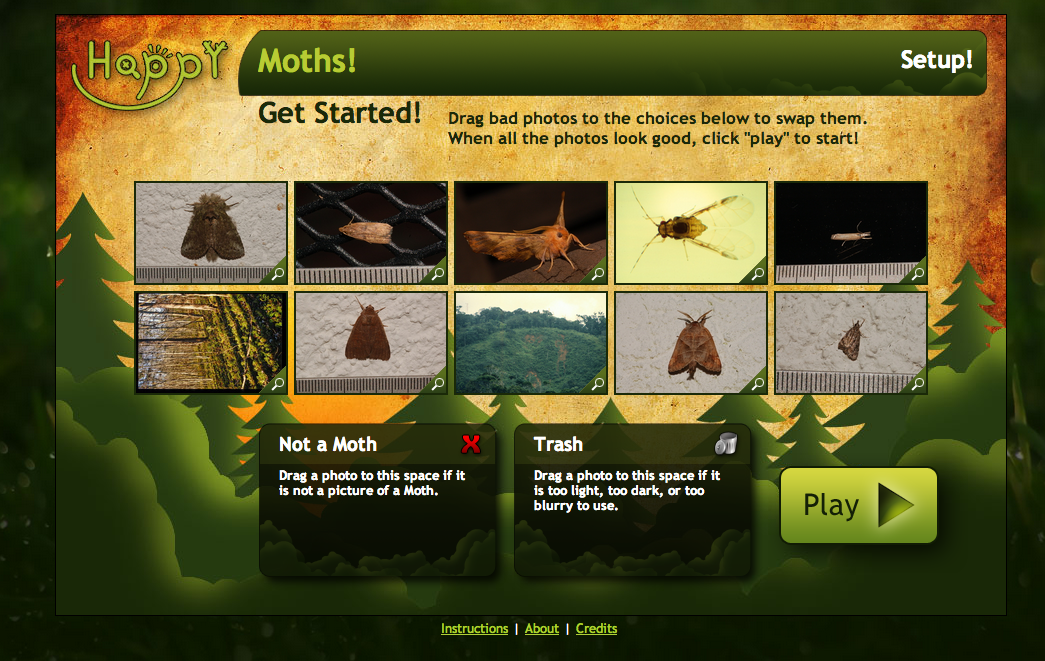