From the ‘Land Down Under,’ National Moth Week Welcomes Country Coordinator Dave Rentz 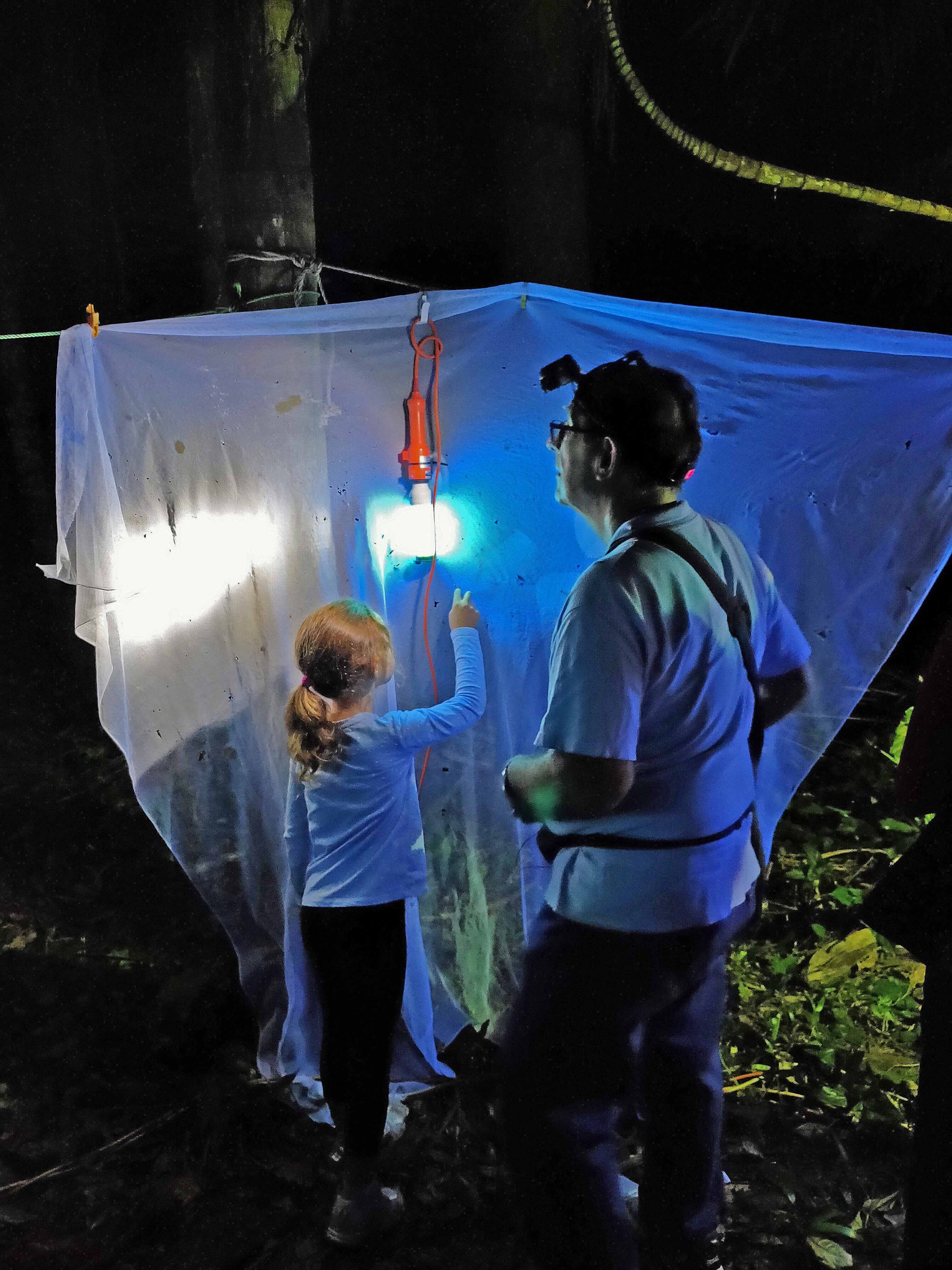 National Moth Week is observed worldwide every year, but the southern hemisphere presents special challenges, with July being the middle of winter in that part of the globe.

For Dave Rentz, however, there’s a convenient work-around: He lives in northeastern Australia, where observing moths – along with his other favorite insects – can be a year-round activity.

“We are in the heart of the tropics, north of the Tropic of Capricorn, and have a wonderful tropical botanic garden in Cairns where we hold our moth nights,” Dave said. “In other parts of the country, they hold similar moth nights, but our seasons are opposite from yours. Our summer is from November to March.”

A retired entomologist, he has led moth nights at the Cairns Botanic Gardens for the past several years, attracting 40 to 60 local residents to see what’s flying. According to Dave, they are likely to get a good showing.

“The moth population is very, very diverse. A colleague estimated that there are 4,000 species here in Kuranda,” he said. Kuranda, outside of Cairns, where Rentz lives, is in the heart of a rain forest.

As the country coordinator for Australia, Dave will be helping to raise the visibility of NMW and increase appreciation for moths around the country, even if moth nights must be scheduled during more temperate times of the year.

Dave’s love of insects began in his native San Francisco, where he hunted crickets and grasshoppers as a boy in the sand dunes that lined the yet-undeveloped streets near the bay. The student programs he attended at the California Academy of Sciences set him on the path toward a career in entomology. He earned his bachelor’s degree and Ph.D. at UC Berkeley.

During his career, Dave specialized in Orthoptera, the order that includes grasshoppers, locusts and crickets, and Blattodea, which includes cockroaches and termites.

In 1977, he and his family moved to Canberra, in southeastern Australia, where he worked for CSIRO, Australia’s national science agency, for many years before retiring to Kuranda.

Not surprisingly for someone who loves insects, Dave has added moths to his insects of interest, along with the people who watch them. “I enjoy meeting the people and discovering their interests in insect photography and insect biology.”

Read about moth night at the Cairns Botanic Garden.

1 thought on “From the ‘Land Down Under,’ National Moth Week Welcomes Country Coordinator Dave Rentz”