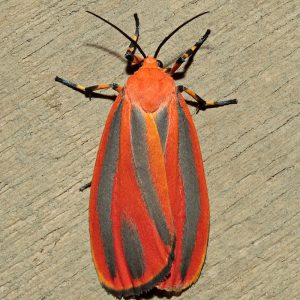 Once Ken Childs learned how easy it was to observe and photograph moths on his Tennessee farm, he turned his attention from daytime butterflies to his abundant nighttime visitors, soon becoming one of their most prolific photographers.

Moving from Southern California to rural Tennessee in 2005, the newest member of the National Moth Week team brought his love of bugs along with his camera and began shooting the insects he found on his farm, including the butterflies. He sought help with identifications from Butterflies and Moths of North America (BAMONA), a partner of National Moth Week. Not surprisingly, he discovered that some of them weren’t butterflies at all, but moths.

“Once I’d photographed and identified just about all the butterfly species I was likely to find on my farm, I paid more attention to finding moths,” Ken said. “At first it was just the few I would stumble across during the day but I’d heard about putting up a sheet with lights and when I did that, I was hooked!”

Ken serves as a contributing editor of Bug Guide, and has contributed numerous photos to the Moth Photographers Group. Both are also NMW partners and accept photos from NMW participants each year.

Observing moths in his area has shown Ken that there are no set norms when it comes to where species are found. 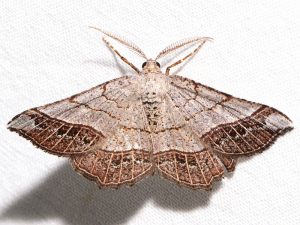 “The most interesting thing I’ve discovered is that flying insects can’t read range maps,” he said. ”It may be my central north/south location but I’ve found species here in western Tennessee that you wouldn’t expect to find here based on previous records.”

He believes anyone can become a fan of moths once they learn about their important role in the environment.

“Many moths are pollinators but since most of them do it at night, it’s not obvious to most of us that they’re doing this great service. Their caterpillars are an incredibly important food source for baby birds, and the adults are food for many animals, which include just about any predator from other insects to animals as large as bears. Also, they’re awesome!” he said.

As a member of the NMW team, Ken will continue to contribute his expertise and enthusiasm for observing and photographing moths.

“National Moth Week helps to share my excitement about moths and it creates awareness of these amazing insects. Most people have no idea how beautiful, diverse, and necessary moths are.”

Learn more about Ken Childs and the rest of the National Moth Week Team.