In honor of this year’s focus on tiger moths, our partner, citizen science website Project Noah will be featuring a fun fact about the tiger moths (Erebidae: Arctiinae) during National Moth Week.

The Isabella tiger moth (Pyrrharctia isabella) is a tiger moth very common in North America. Subjected to a temperate climate, the caterpillars, known as banded woolly bears, overwinter as caterpillars before turning into a pupa in the spring, the stage of development right before coming a moths. Since the caterpillars are exposed to relatively harsh temperatures in the winter, this species has become somewhat tolerant to short-term freezing periods in which the entire caterpillar is frozen and it thaws out. Longer-term freezing periods however can be harmful.

This moth is also the subject of some folklore in which it is said that the amount of the brown on the band determines the length of the forthcoming winter. This however, is just folklore and not scientifically based. 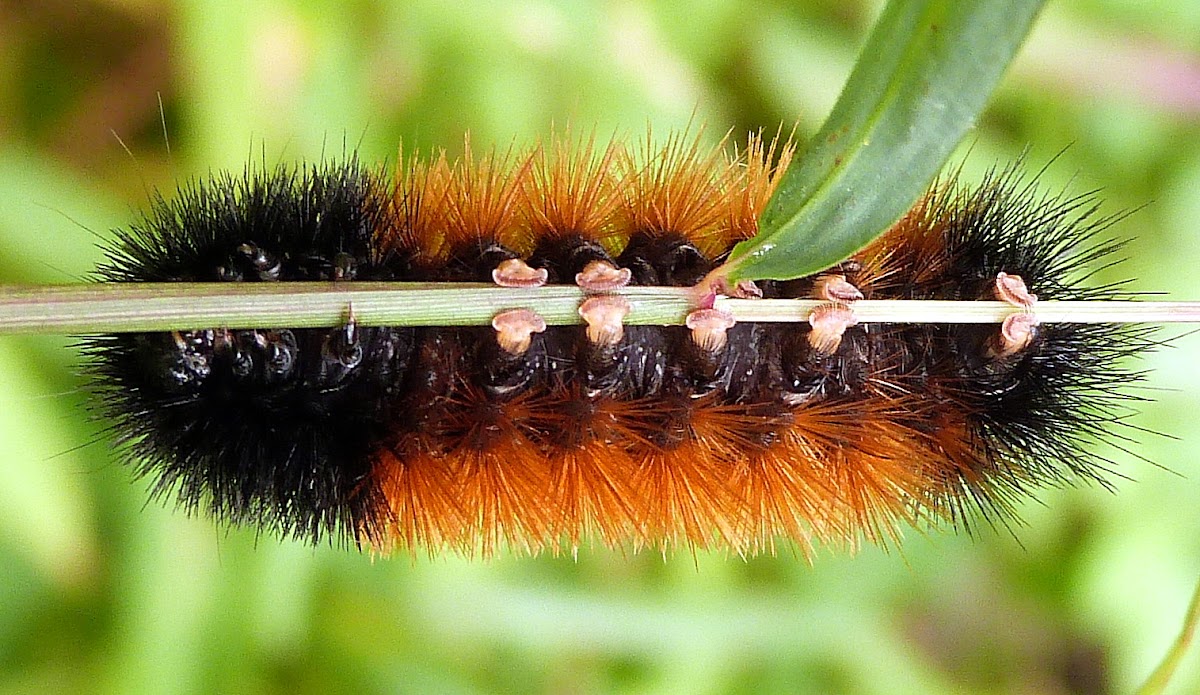 National Moth Week is from July 22-30. Are you participating? Please register a public or private event here: http://nationalmothweek.org/register-a-nmw-event-2017/, especially if your country or region isn’t on the map yet!

Don’t forget to submit photos of moths you spot here!

Read more about the Isabella tiger moth’s ability to tolerate freezing as a larva here.