Carl Barrentine, one of our NMW team members, has kindly shared with us an excellent portable strategy for live-trapping moths. 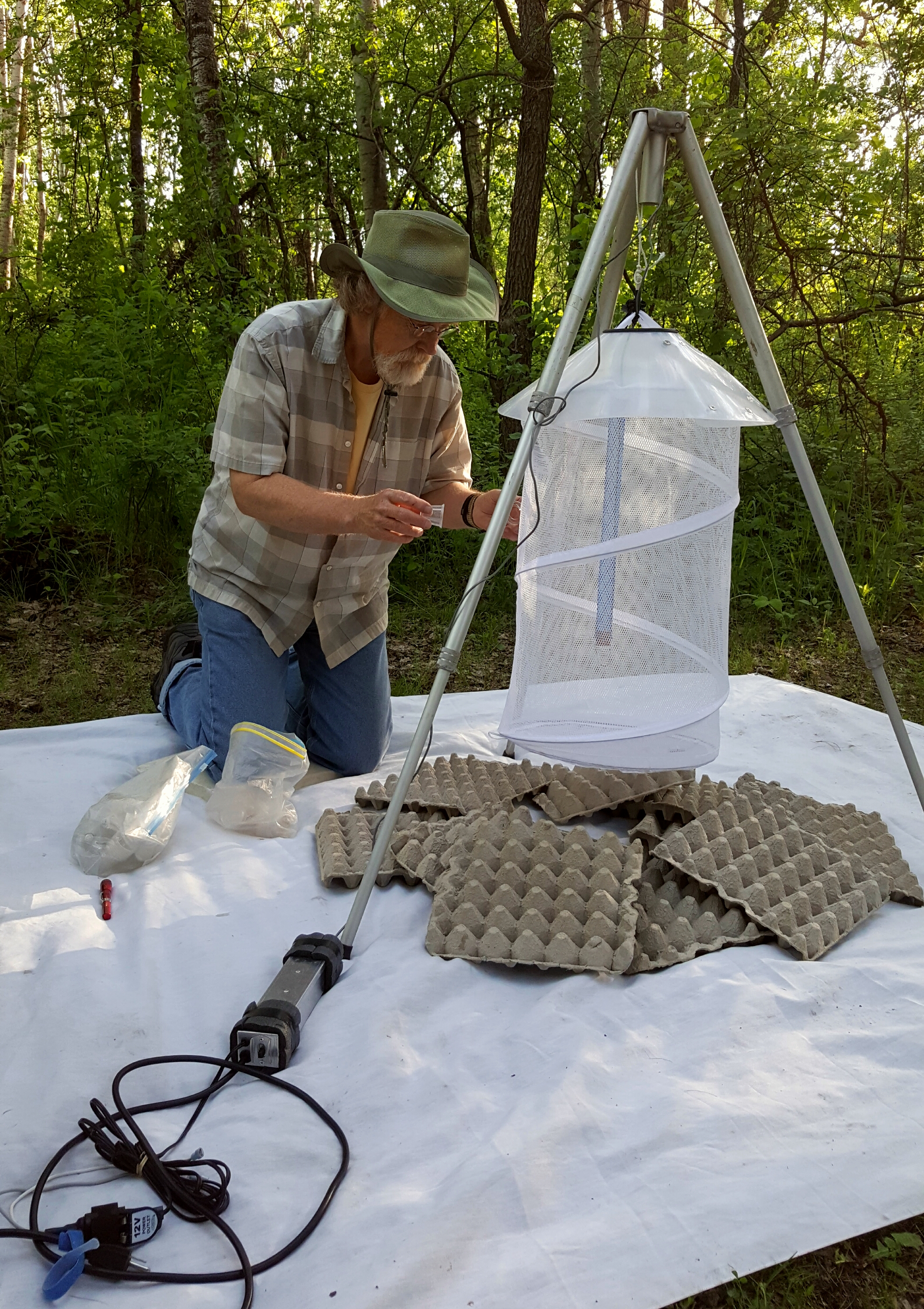 Candidly, the notion for the ‘hamper trap’ was actually crystallized when Katsumi Ishizuka shared images of his ‘bait trap’ for collecting underwing moths (Catocala).

I’d employed the standard ‘bed sheet’ technique for years, but was  frustrated that the ‘sheet’ technique was somewhat unsatisfactory  because moths were generally only drawn to just one side of the illuminated sheet.  This problem is solved, of course, by merely raising (or suspending) the light above the top of the sheet.  But my pole, the one I lugged around for my mercury vapor light, was too short to resolve the problem.

A couple of years ago I thought about the notion of purchasing a ‘mosquito tent’ (popular here in North Dakota), and placing the mercury vapor light inside, at the center of the tent.  In principle, moths might then be drawn from all compass directions to the light (from 360 degrees rather than 180 degrees, as with the sheet), and alight on the outside surface of the mosquito netting of the tent itself.

But, after weighing the pros and cons, of the ‘mosquito tent’ idea, I decided that it was really too cumbersome for easy portability and set-up.  I needed something smaller.  And that’s when Ishizuka’s ‘bait trap’ catalyzed the notion of the ‘light-baited’ ‘hamper trap’.

Last year I fiddled with a couple iterations of the design, using two different types of inexpensive collapsible ‘laundry hampers’ that were available at the local Walmart (see photos).   What I like about the ‘hamper trap’ is that the whole shebang (1) fits easily in the trunk of my car, (2) takes just minutes for just one person to set up, and (3) it can be employed on overnight trapping excursions (just like my mercury vapor-powered ‘bucket trap).

Check out a video of the hamper trap below: