A Poem About Moths by Steve Tomasko 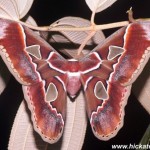 Butterflies schmutterflies. They get most of the press, and all the poetry. Didja know that for every damn flitterin’ kinda butterfly there’s sixteen of us moths? No? Of course not! Didja know that
we pollinate flowers too?  Yup, jus’ that we work quiet-like in the background of night not lookin’ for glory struttin’ around in all our flutterin’ foo foo clothes in the broad light of day as if to say “damn, ain’t we just fine? Ain’t we just the prettiest damn little dainty things you ever did see?” Hey, we got beauty too, we’re just not show-offs. We’re moruva practical sort. Our outer wings? Drab, yeah, but that’s to help us hide. Make us look like bark, a

fallen leaf, even a bit of bird doo doo. But our underwings, whoa! We jus’ don’t go around flauntin’ ‘em all the time. And we do have our out-and-out beauties. Ever seen a Luna moth? Ethereal as hell, that guy. Some think we mostly fly at night ‘cause we like to lurk in the dark or we’re afraid of birds. But, hey, someone’s gotta pull the night shift. And we gotta deal with bats. Bats got sonar. Blind as a bat, hell, give me a bird any day. I’ll letcha in on a little secret. Some of us can jam that sonar. I won’t lie to ya. We got our bad apples. The clothes moths, or those guys that get into yer cupboard and eat yer dried goods. But, every group has their bad seeds, know what I mean? Like I said, we don’t go aroun’ struttin’ our stuff for all to see. We’re more like, understated, underrated, underappreciated, undercover sorts. But really, we’re not complainin’ none. We don’t want none of that pomp and circumscribe, or what have ya. Like I said, really, it’s ok.  We’re not about self-promotion. We just do our jobs and know in our own one-chambered hearts, it’s a job well-done.

Steve Tomasko has an M.S. in Entomology from UW-Madison, which is
probably why insects often creep their way into his poems (even his love
poems). He doesn’t think that’s a bad thing. His wife, Jeanie, no longer
screams when a dragonfly lands on her. She doesn’t think that’s a bad
thing. But they both get creeped out by spiders. Steve’s first book of
poetry, “and no spiders were harmed” is available from Red Bird Chapbooks.
You can read more about it at: jeanietomasko.com.