Citizen Science is not a new concept, although it was not until the late 20th Century that the concept really became popular and hugely successful. As early as the mid 1700’s Carl Linnaeus (who laid the foundations for the modern biological naming scheme of binomial nomenclature) would send his students and friends out to distant parts of the world to collect plant specimens from which he was able to complete the 10th edition of his Systema Naturae, considered the starting point of zoological nomenclature.

Getting involved is easier than you think with the recently re-launched National Moth Week Flickr group! (/www.flickr.com/groups/2155416@N22) 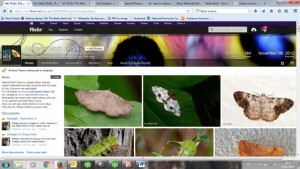 In addition to being a popular photo-sharing community, Flickr is widely used by researchers as a source of photo-vouchered biodiversity occurrence data, in the form of records associated with photos. These records are being used in many areas, including biogeography, ecology, invasive species biology, and climate change. This information is also being applied in studies related to food security, control of disease vectors, and marine productivity.

How to get involved

Take pictures of live moths (adults, pupae, caterpillars, and even eggs), light setups, moth-e’rs and event images taken at any time of year.  With iphones and ipads taking high quality images there is no longer any need for specialist cameras and lenses to take good quality photos of moths.

Opening a Flickr account is easy — just choose a user name and start uploading your moth images. Once your images are uploaded to your photostream, join and add your images to a few appropriate “Groups” like National Moth Week for like-minded people to see. The National Moth Week Group has revised its guidelines and you can now post images of live moths (adults, pupae, caterpillars, and eggs), light setups, moth-ers and event images taken at any time of year.

So, please add your images to the National Moth Week Flickr Group. Not only does this showcase your image, but it will allow our partner organizations to “harvest” your image and make the data set that you have created available to a wide range of users. And, after all, isn’t that one of the main points of citizen science?

Adding biodiversity data to you images

Adding names and other data to your image isn’t essential, but it will help researchers find and sort a wide range of images.

Using the common name and/or scientific name (if you know it) for a moth as your image title can help people search Flickr for similar images for comparison and ID purposes. For moths from North America (the continental United States and Canada) using the Hodges number will also help. Adding additional information in the “Description” field such as weather conditions, habitat or specimen behavior will also help researchers.

Tag your image – adding as many relevant tags as you can, will help others find your image. 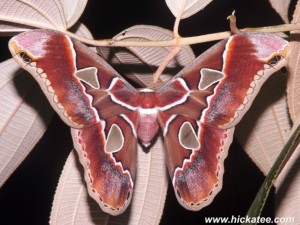 For this image I would use these tags and putting quotes round any phrases:

Geotagging is vitally important for researchers, so please consider taking a few seconds to geotag your image. Once your image is uploaded go to the map and drag your image to a nearby location — whilst some feel comfortable with revealing the precise location where the picture was taken, others prefer to use a more general local landmark.

Machine Tags are another important set of tags that can be added to your image. However, unlike ordinary tags, these can be used by National Moth Week partners such as “Encyclopedia of Life” to “harvest” your image for their records and online database. This is the machine tag I would use for the above image:

Please note that there is a space between the genus and species name and that the whole tag is enclosed by quotes. If you would like one of the Group Admins to do this for you just message us via Flickr mail!

Set your images License. For National Moth Week partners to be able to use your image the image must have the following attributes:

Please do not post any images with “All Rights Reserved” or “NoDeriv (=) creative commons” licenses, by request of our partners. (I usually use the Creative Commons Non-Commercial-Share Alike (CC-BY-NC-SA) to give partner organizations maximum access to images and data, whilst still retaining copyright).

Please make sure images are tagged, geotagged and ID’d to the best of your ability and, if you would like help with identification, please use “help with ID” (or similar) in the title. If you would like one of the Group Admins to do this for you just message us via Flickr mail, or start a discussion on the National Moth Week Group.

Below is an image taken from a paper written by Vijay Barve (a member of the NMW Science Advisory Board) entitled “Discovering and developing primary biodiversity data from social networking sites: A novel approach” (1) and illustrates just one of the uses of the data submitted on Flickr using the tag “Danausplexippus” The Monarch Butterfly, and how valuable appropriately tagged citizen science records can be.