NMW Welcomes Dr. Vijay Barve to Our Science Advisory Board 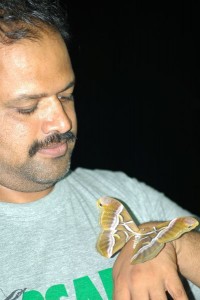 Vijay is an IT professional by training and nature lover by heart. He has been a nature enthusiast from childhood interested in birds and invertebrates. His interest in butterflies and moths started with rearing of caterpillars collected from backyard garden. He continued his interest in biodiversity recordings and with development of Internet got involved with cyber-communities involved with biodiversity. He is co-founder of DiversityIndia (http://diversityindia.org) and has been co-ordinating the communities since 2001. He has also been associated with organizations such as WWF India, BNHS, RANWA, GBIF, NatureMates, Indian Foundation for Butterflies and MonarchWatch in different capacities. He has also been an active contributor of wikipedia, iNaturalist, Indian Biodiversity Portal, Bhutan Biodiversity Portal, Project Noah, and Encyclopedia of Life 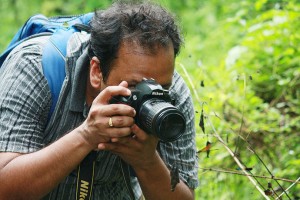 He has been working in the field of conservation of medicinal plants since 1994 in the Foundation for revitalization of Local Health Traditions (http://www.frlht.org) in Bangalore India.

Vijay has a masters degree in computer science and PhD in Geography. His doctoral research focused on discovery of biodiversity data form social networking websites.

Vijay started devoting more time for Moths once he realized the gaps in Moth data for most of the world compared to taxa like Birds and Butterflies. For close to a decade now, he is trying to get more and more people interested in moths and document the occurrence records of moths mainly in Indian subcontinent. He has been coordinating National Moths Week in India since 2013.