The Project Noah Moth of the Month for October is the Tau Emperor (Aglia tau), spotted by Project Noah member Daniele Pralong in Switzerland! 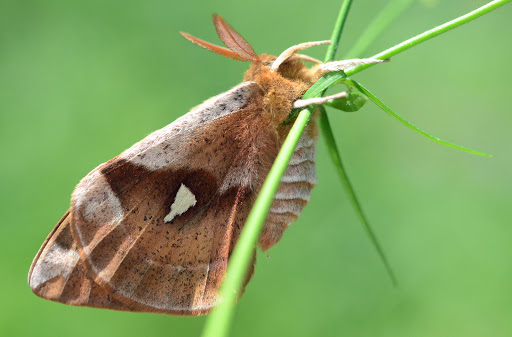 The Tau Emperor (Aglia tau) has a very interesting adult behavior. The males, with larger feathery antennae as pictured above, fly diurnally, while the females only fly at night. Although this may seem counterintuitive for the purposes of mating, mating actually occurs in the late morning. Females hide during the day, and the males “smell” the pheromone-releasing females with the chemoreceptors located in their antennae. This is ironically very efficient, keeping the females concealed from predators while ensuring the successful males are the most physically fit, chemically receptive individuals of the species.