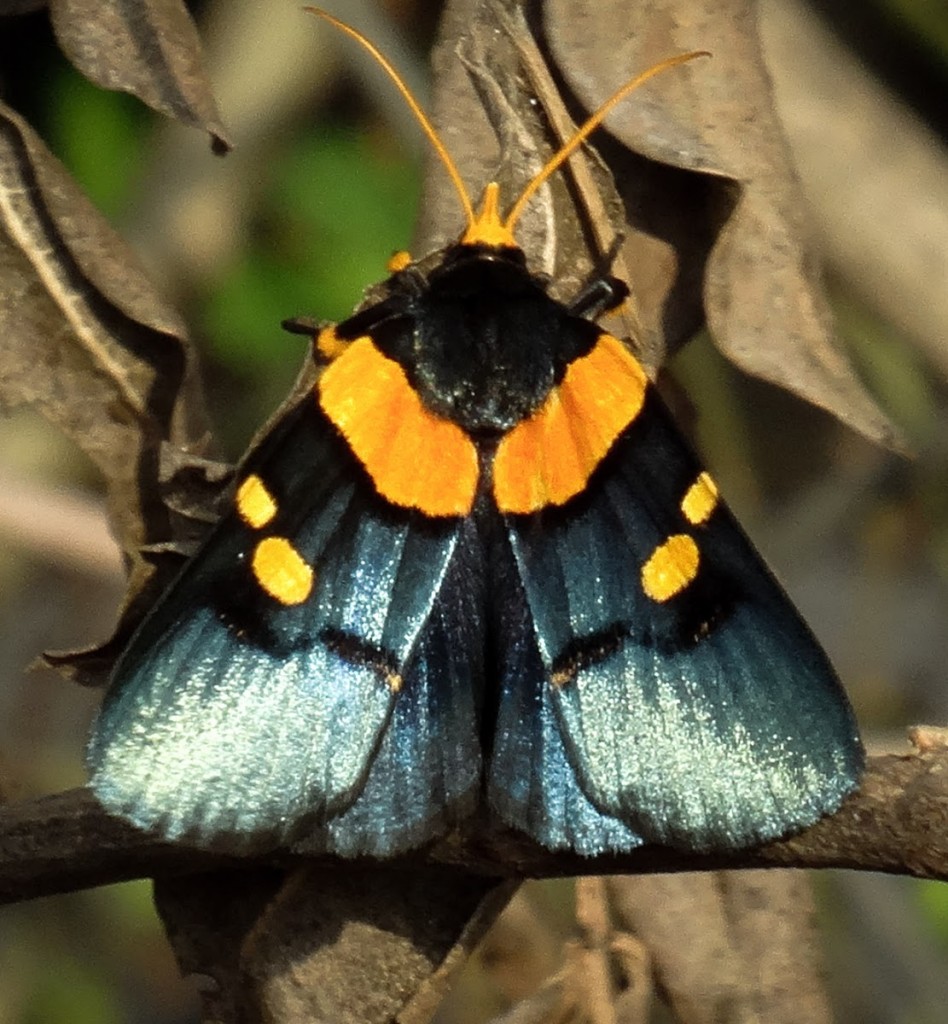 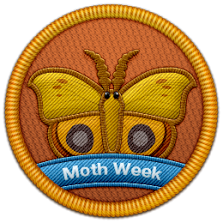 Thanks for sharing your moths! You’ve successfully submitted a moth spotting for International Moth Week 2013! We’re working hard to collect important data and show the world how awesome moths really are and we thank you for helping us out. Now, let’s get back out there and spot some more moths! 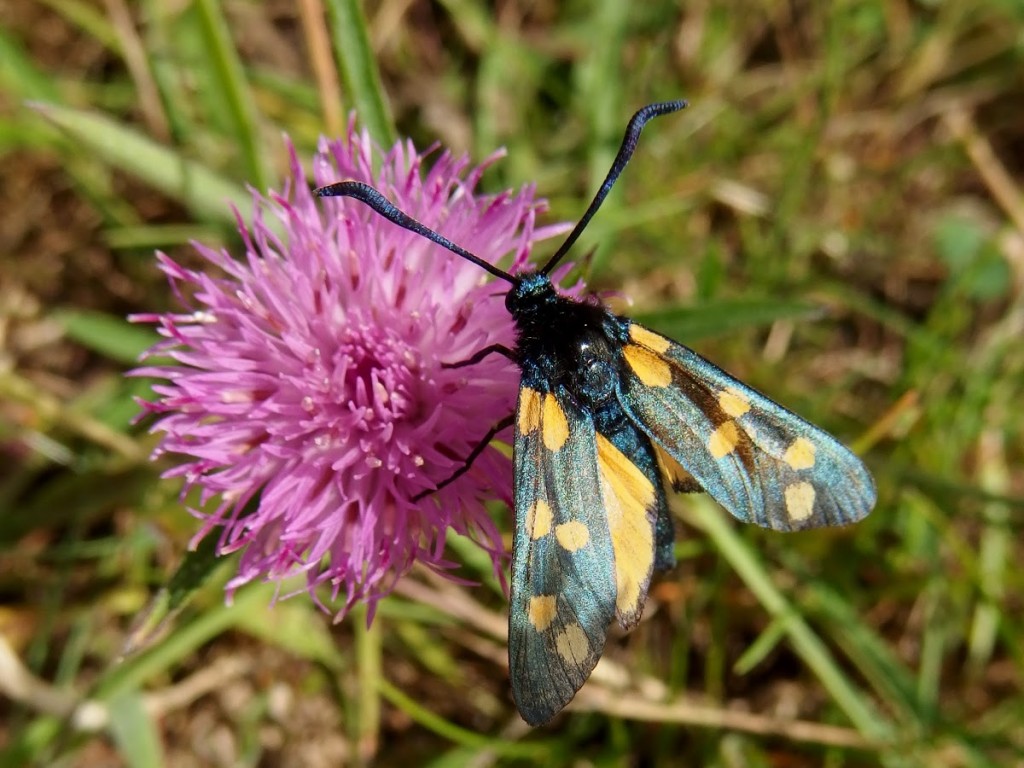 Being the creator of the Moths of the World mission on Project Noah, I was touched to hear words like those of my friend and fellow Project Noah member Maria de B: “I really did think of butterflies as being the beauties and moths as the plain cousins. It’s great to have learned so much about the beauty of moths!” It is estimated that there are hundreds of thousands of moths species worldwide, with even more unknown to science! Citizen science organizations and events like Project Noah and National Moth Week help shine a light on underappreciated creatures like moths and emphasize their importance in the ecosystem. My Moths of the World mission aimed to inspire people to look twice at what they think might be “just another fluttery, drab moth,” finding that all have intricate patterns which can be superficially overlooked. 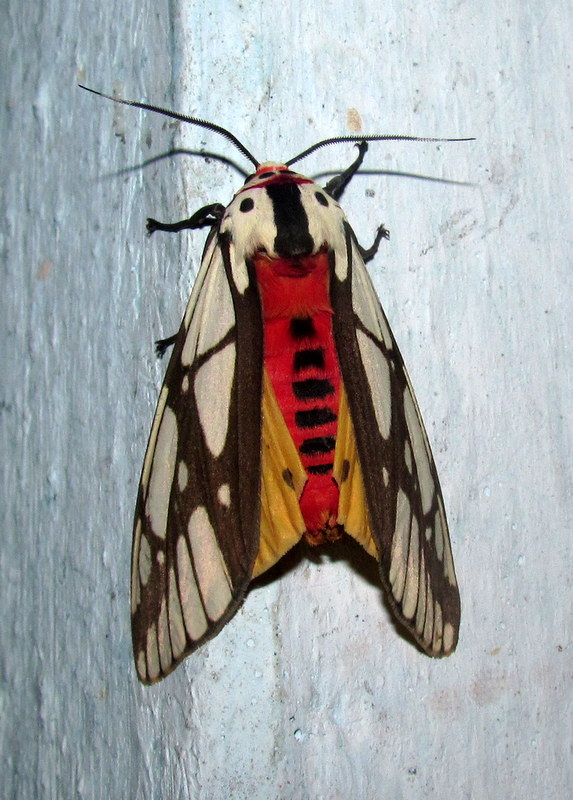 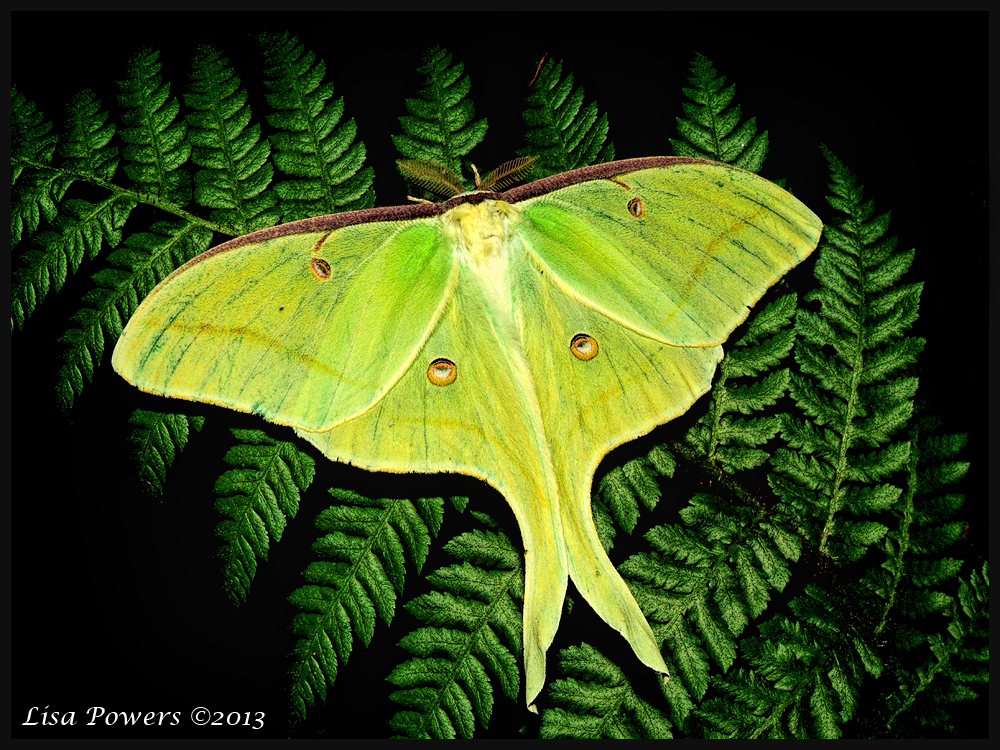 A total of 1347 moths were spotted during National Moth Week, 867 of which were identified, and 480 of which were unidentified. North America came out on top with 926 moths spotted during the week! Of those moths, 773 were spotted in National Moth Week’s home country of the United States of America! Although it was winter in the Southern Hemisphere, there was a wonderful participation rate, with 22 moths from the continent of Australia,  55 spottings from African countries below the Equator, and 6 spottings from South America! A full breakdown of the data is available here. The following two diagrams depict continent and country totals for National Moth Week 2013: 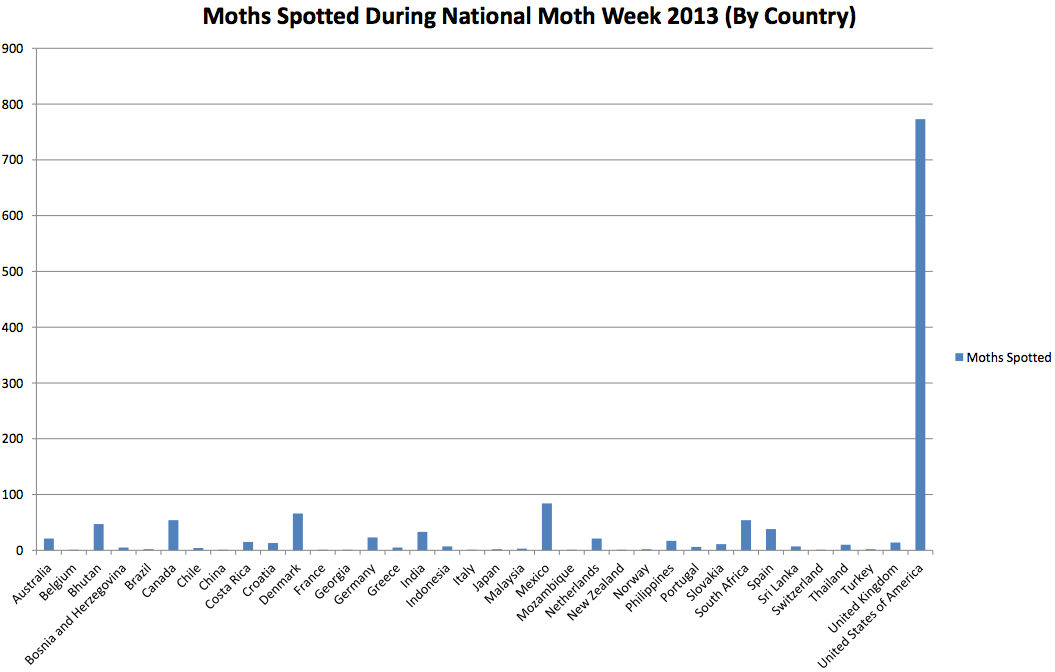 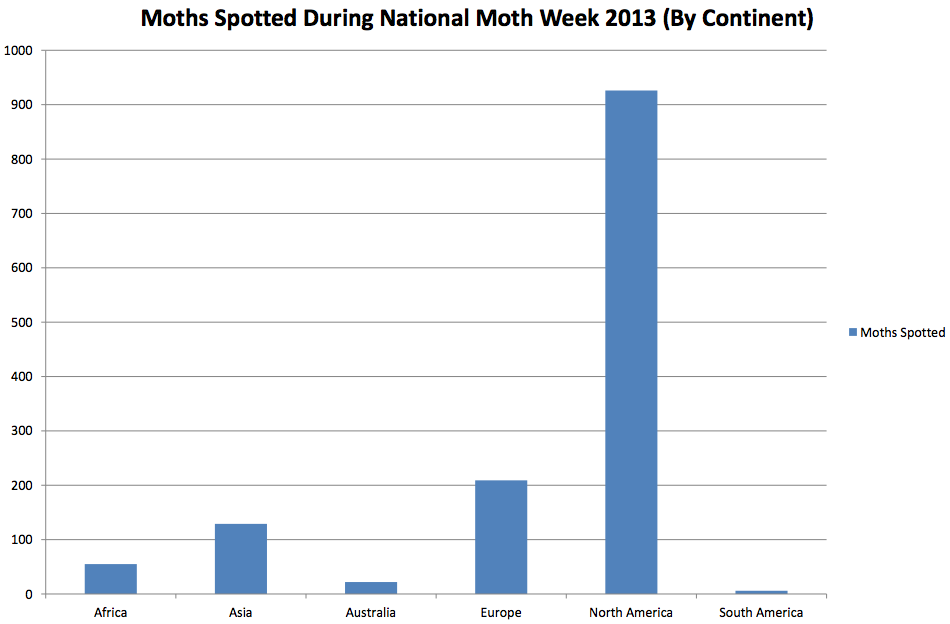