Michal Rindos is hosting a National Moth Week event in Slovakia. He started with butterflies at the age of 9. In 2001 he started moth breeding and he specialized on Saturniidae and Sphingidae. Since 2008 he is studying biology and focusing on entomology at Commenius University. He chose Lepidoptera (makro) and Hymenoptera (Apocrita) – their relations, behavioral ekoetology and evolution. In 2010 he also began also with animal photographing.

Our group in cooperation with Slovak Entomological Society is developing an event combining this occasion, European Moth Night and Slovak National Mapping of Lepidoptera, which will be held annually in different locations across Slovakia. 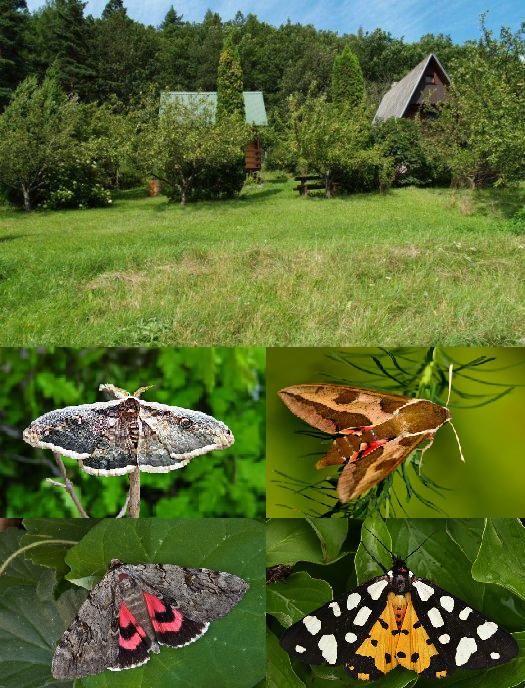 Michal chooses for this first year a locality situated under the High Tatras Mountains near the biggest city in this region called Poprad. The name of this area is Dubina after a Slovak name of an Oak. This area is a type of xerothermic habitat and belongs to a geomorphological formation called Kozie chrbty. The highest point of this area called Zámčisko (921m). Typical plant for this area is spruce, but this particular southern slope is populated by oaks, which has big impact on local microclimate. This is also influenced by river Hornád situated in a valley nearby as well as precipitation and altitude. the snow is persisting in here from September to May and the area has rich tectonic past, consisting of paleobazalit. Plant communities are characterised by herbs which are blooming during the whole growing period. Locality is rich on animal species, a big predator such as bears, wolfs, fox and also many herbivores can be found here. Also numerous amphibians, insects, reptiles and birds are present here. From this area isn’t known any complete work about butterflies, but Michal is working on it and the results will be presented soon. Among the interesting species of moth living here are Saturnia pyri, Eudia pavonia, from Saturnidae, Hyles euphorbiae, two species of genus Hemaris, a lot of Arctiidae, Noctuidae, etc. Also Microlepidoptera group is present by numerous here. The number of gardens, flowers and others agricultural plants is important for butterfly diversity.