July 26, 2012July 26, 2012 | LitiLiti | 2 Comments | 6:46 pm
Categories:
National Moth Week has become the largest Global Citizen Science project focusing on moths. There are events and moth nights across the United States and the world. There are nearly 300 registered locations in as diverse places as the middle of New York City to the Australian Outback to the most remote jungles of Kenya, The Gambia, Costa Rica and many places in between. Moth nights are being held in forests, deserts, mountains, jungles, cities and backyards across the world this week. There are currently 24 countries with National Moth Week registered moth night locations: 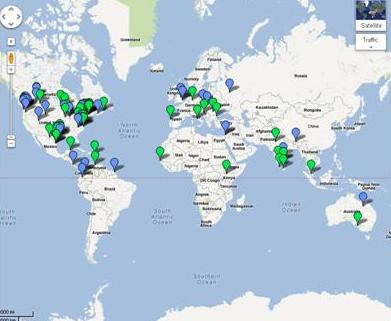