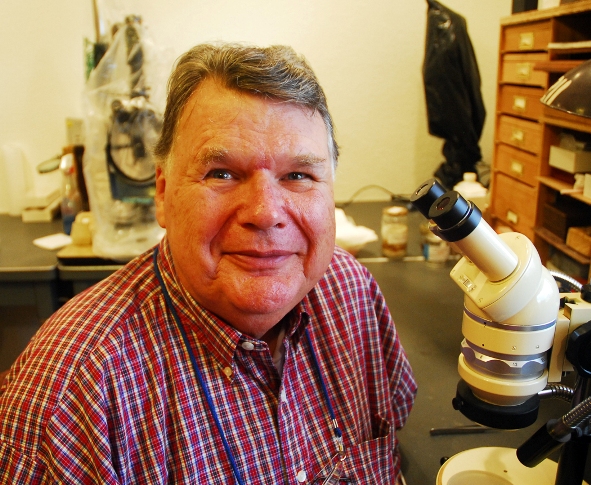 Eric H. Metzler first saw butterflies at his grandmother’s rock garden.  Tolerant parents allowed Eric to collect butterflies, and other natural history objects.  Except for the fiddler crabs, Eric’s dad insisted that all specimens be dead.  Profits from a paper route enabled the purchase of Holland’s The Butterfly Book, which cost $31.00 in 1955!

At Michigan State University, Eric took every entomology class that he could fit into his schedule.  His first date with his wife-to-be, Pat, was a trip black lighting for moths.  At his retirement from the Ohio Department of Natural Resources in 1996, Ohio’s Governor George Voinovich appointed Eric as Ambassador of Natural Resources.   In 2005, Eric was inducted in the Ohio Natural Resources Hall of Fame.

Eric published 52 scientific papers on Lepidoptera, and he described 15 species of moths new to science. His most recent book in 2005 is a study of butterflies and moths of the northern tall grass prairies – the first ever study of insects in the tall grass prairies.

Eric Metzler publishes regularly.  His current research interests include Cochylini (Tortricidae) and Lepidoptera which occur in the northern Chihuahuan Desert of New Mexico.  He is conducting started long term studies of the moths at Carlsbad Caverns National Park and White Sands National Monument in New Mexico.

He and his wife, Patricia, have one son, Meredith.  Eric lives in Alamogordo, New Mexico.