National Moth Week 2015: The Year of the Sphinx Moth

While National Moth Week celebrates the diversity of all moths, we like to shine a light—literally and figuratively—on a certain family of moths. Last year, we celebrated the year of the Silk moth (Saturniidae).

This year, we are celebrating the family Sphingidae. Robust fliers with distinctive wing shapes, the sphinx moths consist of about 1,463 species world wide, with about 124 species in North America alone. 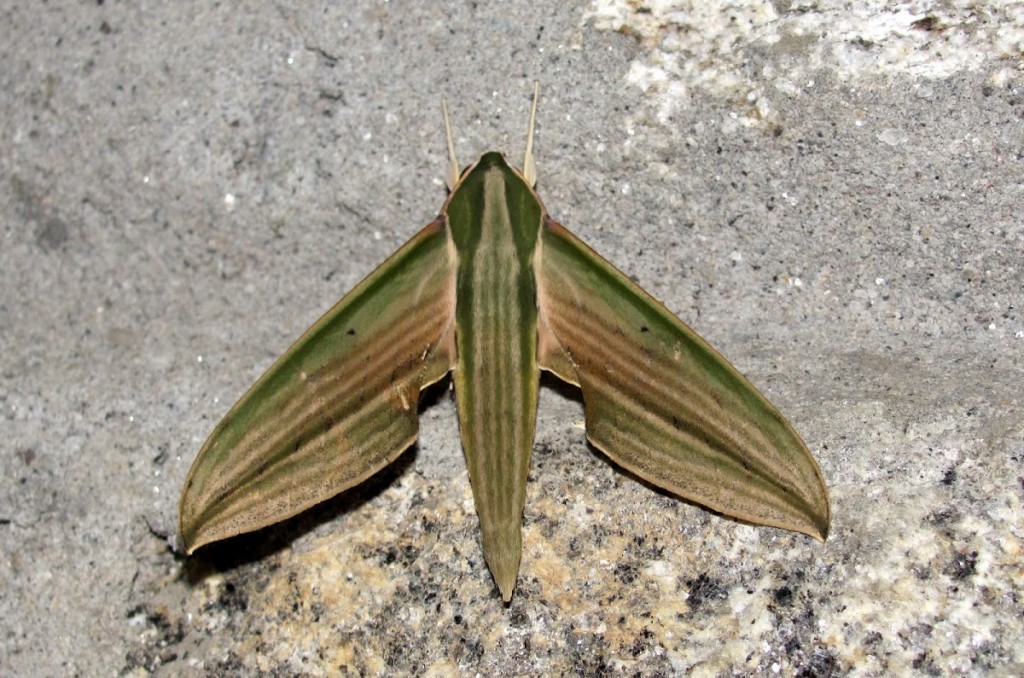 Recent research has found that Sphinx moths emit high-frequency clicking noises form their genitals in response to bat echolocation. It is thought these noises inhibit a bat’s ultrasonic senses. One of the moths used in the study was the Green-striped Hawkmoth (Cechenena lineosa). You can read more about this study here. This defense behavior has also been recorded in the tymbal organs of tiger moths (subfamily Arctiinae). 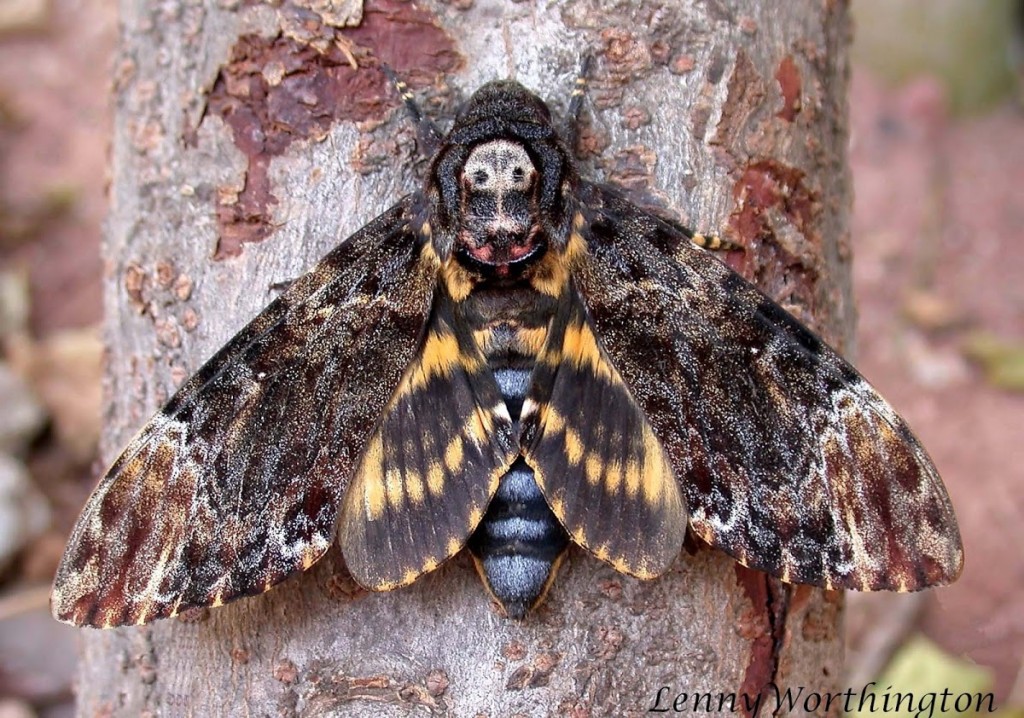 “‘Four membranous wings covered with little colored scales of metallic appearance; mouth forming a rolled proboscis, produced by an elongation of the jaws, upon the sides of which are found the rudiments of mandibles and downy palpi; the inferior wings retained to the superior by a stiff hair; antennae in the form of an elongated club, prismatic; abdomen pointed, The Death’s—headed Sphinx has occasioned much terror among the vulgar, at times, by the melancholy kind of cry which it utters, and the insignia of death which it wears upon its corslet.'”

Sphinx moths are some of the most powerful fliers in the insect world, reaching speeds upwards of 53.6 kilometers per hour (over 30 miles per hour)! 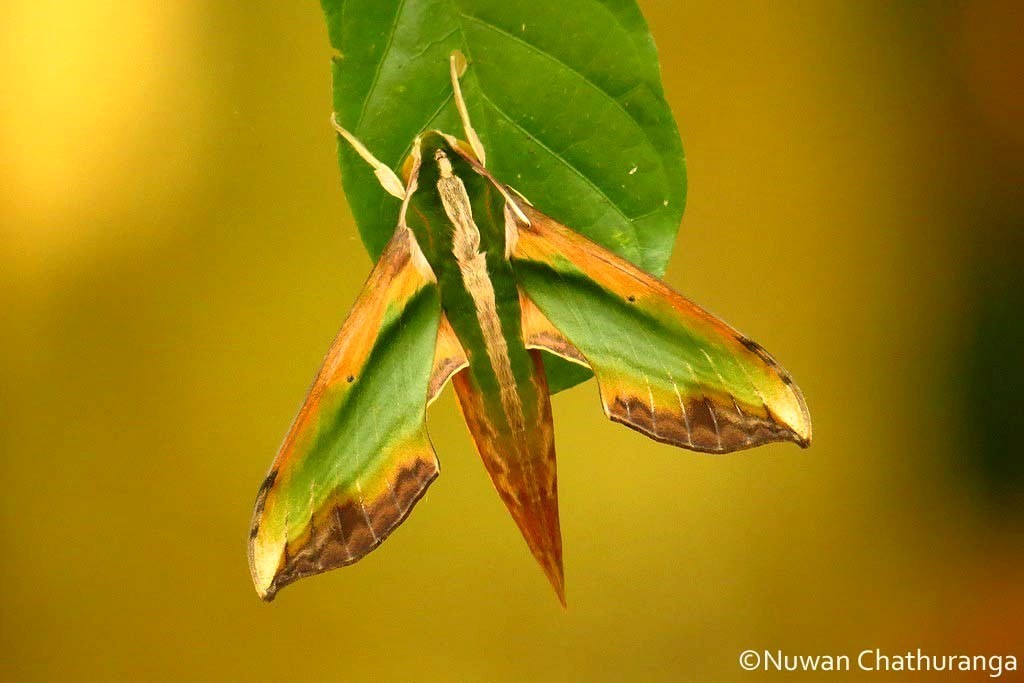 1 thought on “National Moth Week 2015: The Year of the Sphinx Moth”