David Moskowitz and Liti Haramaty, with The Friends of the East Brunswick Environmental Commission , have been holding public Moth Nights in their local community several times every year since 2005 (www.friendsebec.com). Exploring the seldom seen nightlife, and celebrating biodiversity is the goal of these Moth Nights. The events typically attract 30 to 50 people, some with a scientific interest and others who simply want to experience a unique nighttime nature activity. In addition to widespread mainstream media attention, the Moth Nights have attracted many blog and website posts spotlighting the events, including some by children describing their experiences and amateur photographers showing off their moth shots. This publicity has made the events a spotlight on moths and biodiversity and has hopefully raised environmental awareness well beyond those who attend Moth Nights. Photographs of moths taken during moth nights have also been submitted to different organizations for their data collection programs. In 2011 The “Friends” Moth Nights received an award from the Association of New Jersey Environmental Commissions for an outstanding Local Environmental Project. The East Brunswick Mayor and Town Council also issued a Proclamation of Recognition. The East Brunswick Moth Nights were also featured in Wild New Jersey: Nature Adventures in the Garden State, written by David Wheeler and Published in 2011 by Rutgers University Press. In the fall of 2011, through their involvement with the Moth and Moth-Watching Facebook page, Liti and Dave decided to take Moth Nights to a new level – National Moth Week – a week long, global mothing event to promote the understanding and enjoyment of moths and to raise awareness about biodiversity. Please join us as we celebrate moths, biodiversity and the natural world around us. 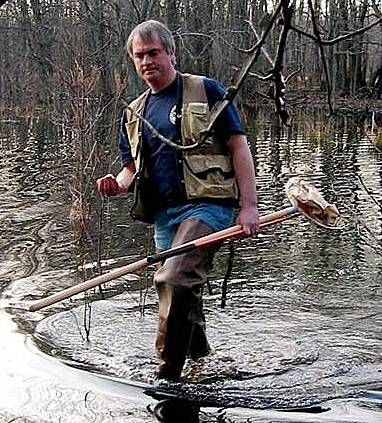 David Moskowitz is a Senior Vice President with EcolSciences, Inc. an environmental consulting firm in Rockaway, New Jersey. He has been with the company for the past 24 years and specializes in wetland and wildlife studies, remediation of contaminated sites and environmental regulatory compliance. Mr. Moskowitz has a Bachelors degree in Environmental Studies from George Washington University and a Masters degree in Environmental Policy Studies from the New Jersey Institute of Technology. He is currently in the Doctoral program in Entomology at Rutgers University and is conducting research on the rare tiger spiketail dragonfly using micro-transmitters. David is also a Professional Wetland Scientist and has served on the National Certification Board of the Society of Wetland Scientists, a United States Fish and Wildlife Service Bog Turtle Surveyor and a New Jersey Department of Environmental Protection Qualified Ornithologist. He has written more than two-dozen technical and popular articles on wildlife and wetlands and lectures widely around New Jersey on butterflies, rare species and vernal pools. Mr. Moskowitz is very active in local environmental efforts. He was the driving force behind the creation of the East Brunswick Butterfly Park, the first municipal park in the Country dedicated to the conservation, enjoyment and study of butterflies and the East Brunswick Vernal Pool Protection Plan that features spring road closures to allow amphibians to safely reach their breeding habitats. Along with Liti Haramaty he also was the stimulus behind the creation of the East Brunswick Community Garden. Mr. Moskowitz has served on the East Brunswick Environmental Commission for the past 15 years and also served on the Board of Trustees of the Association of New Jersey Environmental Commissions. Mr. Moskowitz lives in East Brunswick with his wife and three children and is happy to have stumbled upon a profession that allows him to frequently wander swamps and fields and woods looking for butterflies, dragonflies, birds, salamanders and all other kinds of similar creatures.

Liti Haramaty  is a founding member of the Friends of the East Brunswick Environmental Commission and a member of the East Brunswick Environmental Commission since 2002. Liti received a Master of Science degree in Ecology in 1987, for her work on morphology and ecological adaption in corals. She has worked at SUNY Stony Brook and Brookhaven National Lab. Since 1999 she has been employed at the Institute of Marine and Coastal Sciences, Rutgers University. She has been involved in a variety of research projects such as drug discovery from natural products, programmed cell death in phytoplankton and corals, human effects on coral reefs, and more. At Rutgers she also initiated and continues to organize a program for children on “Take Our Daughters and Sons to Work Day”, during which children get to be “an oceanographer for a day”. Liti is a board member of the ‘East Brunswick Education Foundation‘, was involved in helping expand the foreign language collection of the town’s public library and started two community related web sites. Liti likes traveling, hiking, kayaking, gardening and cooking.  She also likes reading, sewing and pysanki. She wishes there were more than 24 hours in a day.

Elena Tartaglia earned her PhD in Ecology from Rutgers University and is currently an assistant professor at Bergen Community College. Her research focuses on moths of the family Sphingidae, which are large, pollinating moths commonly called hawkmoths. She has studied various aspects of nocturnal hawkmoth ecology and behavior such as their abundance and diversity in fragmented urban systems, their nectar diets, and their role as pollinators in the urban landscape of the NJ-NY metropolitan area. She also studies day-flying hawkmoths, commonly called clearwing moths. Since these moths are mimics of bumblebees, she has been comparing their nectar feeding behaviors to the bees that they mimic and the nocturnal moths to which they are related. Though she began her graduate career as a plant ecologist, she has since embraced entomology wholeheartedly. Elena has a bachelor’s degree in Biology from Drew University and has been involved in ecology and environmental education since graduating. She has worked as an environmental educator for NJ Audubon Society and as an educator, native plant propagator and meadow restorationist for Bowman’s Hill Wildflower Preserve. 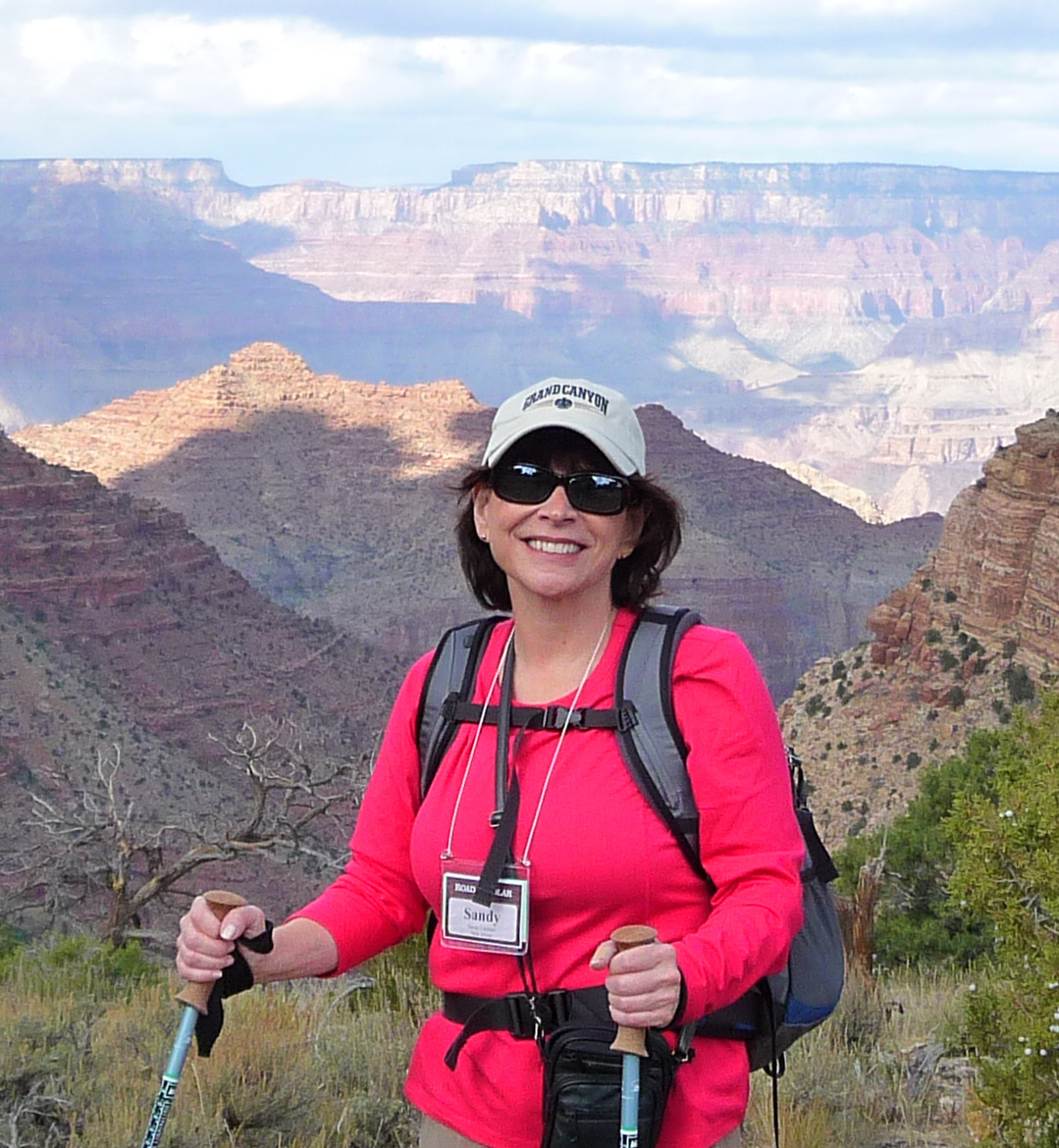 Sandra Lanman has worked as a writer and communicator since the 1970s. A New York City native, she began her career as a print journalist with The Home News in New Brunswick, where she won awards for opinion and creative writing, and for reporting on health and medical issues. Sandy moved into public relations in the late 1980s, working successively in the arts, public broadcasting and higher education. She helped Crossroads Theatre Company of New Brunswick achieve national and international visibility, served as director of communications for New Jersey Network, and handled high-profile projects for Rutgers University as director of media relations, including the visit of the Dalai Lama in 2005. She has won more than a dozen state and national awards for her writing, reporting, and public relations campaigns.  In East Brunswick, Sandy led the successful community-wide effort to establish school-age childcare, was an original member of the East Brunswick Education Foundation, and produced and hosted EB People on EBTV. Sandy is president of Lanman Communications LLC and volunteers her services with the Friends of EBEC. She also is board secretary for Elijah’s Promise in New Brunswick. She holds a bachelor’s degree in English from Douglass College and master’s in communication and information studies from the School of Communication and Information at Rutgers. Sandy has hiked many national parks and loves photographing butterflies and moths.  She is delighted to contribute to this important citizen science project.

Belen Mena is the founder of a design studio in Ecuador, devoted to branding systems, visual communication, corporate image, and editorial design. Mainly focused on coffee table books of photography and art since 1992. She is the author of “Pachanga”. The book aims to explore moths as a incomparable natural resource inspiration, employing it as the basis for a bi-dimensional analysis of the compositional, geometric and chromatic possibilities of this macro-world. It seeks to make the link between our urban lives and those of these near-invisible beings who come out at night for their ‘pachanga’, dressed to the nines, like ladies of the night heading to the street corner. This publication has received important international acknowledgements, such as the 2008 IF GoldAward (International Forum of Design), and was nominated by the Art Directors Club for the best 2007 book. It has published in Spanish, German and Japanese.  http://issuu.com/belenmena/docs/pachanga 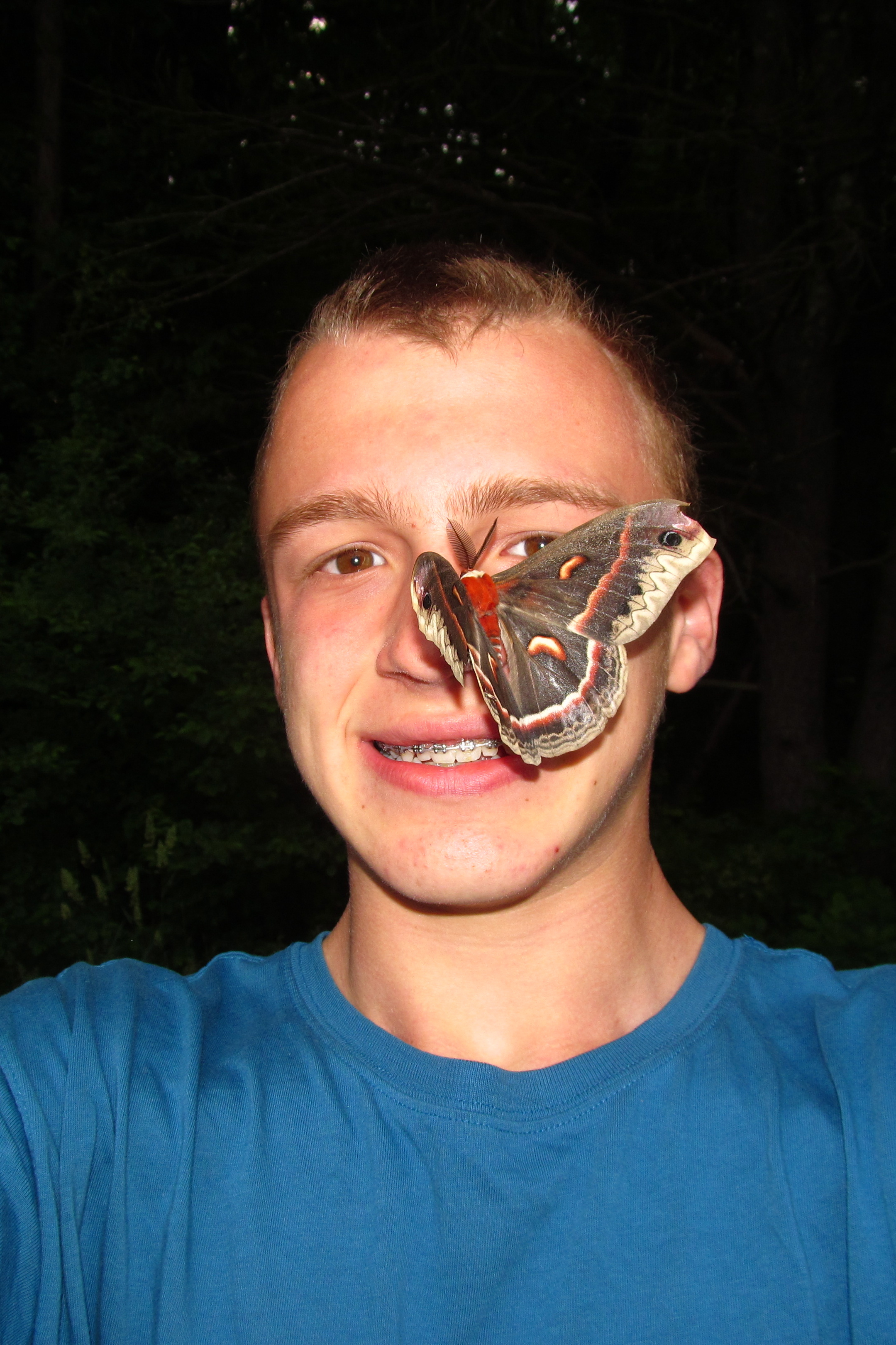 Jacob Gorneau is a student at Cornell University studying entomology. He is very interested in the taxonomy of moths and is currently studying a genus of micromoth. He became interested in moths in 2009 when he saw a Black witch  (Ascalapha odorata) in Florida and a Polyphemus moth (Antheraea polyphemus) the same year at his home in New York. Jacob started mothing in 2012, but his first full “mothing season” was not until this year. He has documented over 400 unique moth species so far, but is excited to see that number rise! Jacob regularly contributes to Project Noah” He has suggested identifications for over 3,400 spottings and has submitted over 2,800 spottings since he joined in January 2012. Jacob has contributed to the Project Noah blog, and also the ABA Young Birders’ Blog, The Eyrie. When he joined Project Noah, he created a mission for the moths of northeastern North America. This mission was first local, collecting data on the moths of northeastern North America. As it gained popularity, the mission was expanded to include the Americas. The mission was granted a global expansion when the Project Noah team decided to participate in the first annual National Moth Week. Project Noah helped National Moth Week expand to more of a global citizen science celebration rather than an event on the national level.

6 Responses to Who We Are