National Moth Week Celebrated in all 50 States, July 18-26 (July 2015) For the third year in a row, National Moth Week will be celebrated in all 50 states and the District of Columbia with hundreds of public and private moth-watching and educational events registered for July 18-26. This year’s public venues include Grand Canyon National Park, the National Museum of Natural History at the Smithsonian in Washington, D.C. and the U.S. Army Corps of Engineers in Batavia, Ohio. Read more

Help spread the word about National Moth Week in your community. Download the National Moth week flier (pdf) to hand out or post. 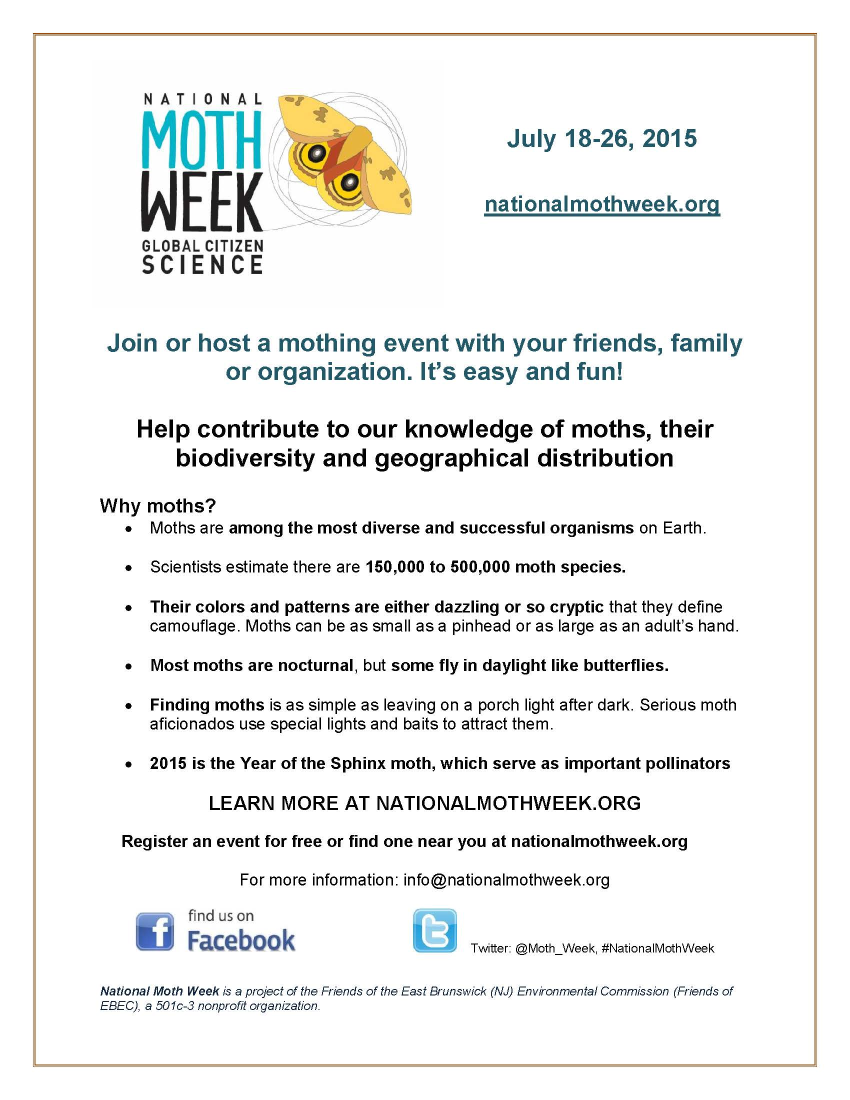 If you are holding a public event, National Moth week encourages you to share your plans with your local news media in order to let your community know about it. Help us spread the word by using the following information as part of your own news release.