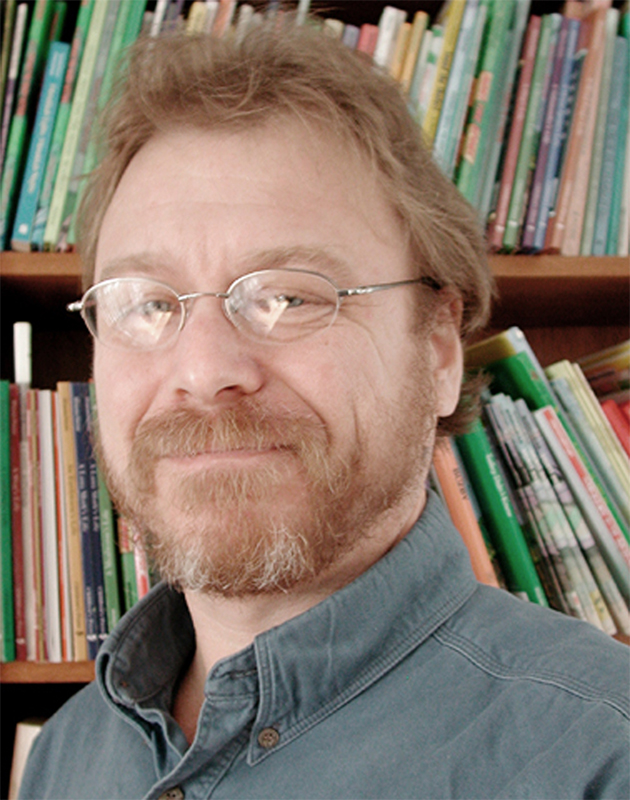 John Himmelman is a naturalist who makes his living as an author and illustrator. While most of his 70+ books are for children, he also writes books for adults on various topics of natural history. His first in this genre was “Discovering Moths; Nighttime Jewels In Your Own Backyard”, published by Down East Books. The book chronicles the author’s exploration into the world of moths and is peppered with his illustrations and photographs. “Discovering Amphibians; Frogs and Salamanders of the Northeast” soon followed.

In 1994, Himmelman co-founded The Connecticut Butterfly Association (ctbutterfly.org). It has been going strong ever since! He has also been involved in a number of other environmental organizations and commissions. Being a night owl led to an appreciation of the insect songs he was hearing in the woods around him. This led to two more books; “Guide to the Night-Singing Insects of the Northeast” (illustrated by Michael DiGiorgio – Stackpole Books), and “Cricket Radio; Tuning in the Night-Singing Insects” (Harvard). The first is the “how”, with regard to getting to know these insects. The second is the “why”, as in, “Why should we care to?”

Himmelman lives in a semi-rural part of Connecticut on five acres which is adjacent to three hundred acres of woodland. Much of his time is spent exploring this microcosm – day and night. Over the years he’s come across over 850 species of moths in his yard, many of which, being such tiny little things, will remain unidentified. His mothing blog (Moths in a Connecticut Yard) has recently seen its 10 year anniversary. It’s at connecticutmoths.com. On July 28th, he plans to gather with some friends to join in the celebration of National Moth Week.

In addition to his natural history pursuits, he is a martial artist and co-president of Green Hill Martial Arts in Killingworth, CT, where he teaches Chon Tu Kwan Hapkido and Jeet Kune Do.